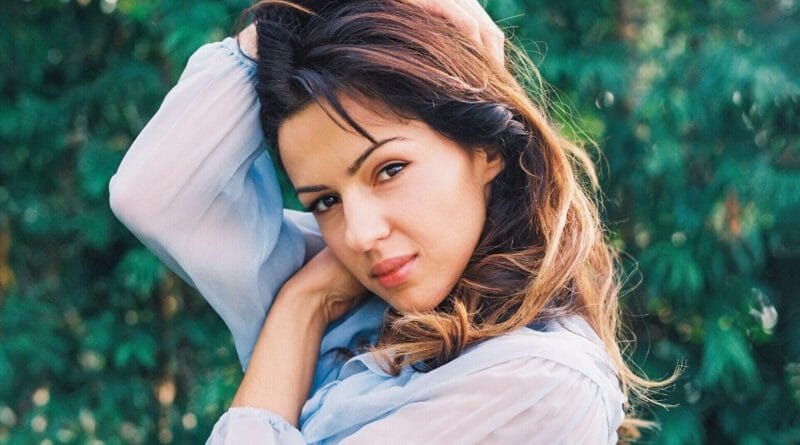 
With the premiere of The Walking Dead: World Beyond fast approaching, we had the opportunity to sit down with leading star Annet Mahendru to discuss her role as Huck.

Here at The Nerdy Basement have been providing some amazing exclusive interviews with some leading stars from across all genres of entertainment. With The Walking Dead still holding up high and bringing forth now one, but two tv spin-offs and an upcoming film trilogy with Andrew Lincoln’s Rick Grimes. The future of The Walking Dead is far from over.

Earlier this year we were offered the opportunity to interview Annet Mahendru, who as I mentioned above and many of you should know by now, is the leading star of this new spin-off series in The Walking Dead universe. Unfortunately, due to the show’s premiere being delayed, we had to reschedule our interview with Annet. But luckily for us, Annet’s team reached out to us again and we were able to make this interview happen.

Annet was a ton of fun to talk to and provided us with some amazing answers and insight into the character she is playing. We had a ton of fun conducting this interview and we hope you all have a great time reading this interview with Annet. We also want to give Annet and her team a massive and warm thank you for this amazing opportunity! Enjoy!

Hello Annet, I would like to formally introduce myself to you. My name is Osvaldo J. Madera or Ozzy for short and I am the Founder, Head Writer, and Senior Editor-in-Chief of The Nerdy Basement. I am also the main Host, Producer, and Editor of The Nerdy Basement Podcast.

First and foremost, how are you? How are you holding up with all that’s going on in the world right now?

Hi Ozzy, thanks for making this so personable! I’m good thank you, constantly on the lookout for the contra bug, but I am good! I’m focusing on my family, that’s all one can do at this time.

For those who are unfamiliar or have a vague idea of who you are, tell us a little more about yourself and how you got started with your acting career?

Acting has always brought me a lot of understanding about humanity, brought light to our inevitable condition and inescapable circumstances. I had to start doing it professionally when life started to get serious in my roaring 20’s because it was the only way remaining for me to make sense of what was happening. Shortly after my merciless commitment to the arts, The Americans came along. The role of Nina, in her dreadful Cold War surroundings, was a big eye-opener for me.

It was an exceptional story to have had the opportunity to tell. It helped me make sense of my relationship with my parents as they had grown up during the Soviet epoch. It helped me create true separation, my own identity, and to start my own family. It was a time of lots of monumental changes on every level of my existence, coincidentally. I had become a working adult. In other words, shit got serious!

Tell us about your new series The Walking Dead: World Beyond, what can fans expect from the series?

World Beyond is the second spinoff in the Walking Dead Universe. The Apocalypse and what has led to it is an immense subject and we should never stop thinking about it. I mean, look at us now! The work doesn’t end. We can’t wait to go back for season two. There’s lots to be told still!

Tell us about your character “Huck” and the team she eventually puts together in order to venture across the country?

Huck is an experienced human being, who has been through all sorts of trials in her life but nevertheless came out grateful and hopeful. She is the bravest gal I’ve had the honor to play in my career thus far. She is smart but so easygoing. She is tough but so much fun. I love her to pieces, man! Huck wants the world to function again and she will do anything to awaken people to their responsibility to do so.

Audition stories always intrigue me [laughs], what was one of your most embarrassing auditions?

Recently actually, my manager sent me to an audition for a musical. Because she believes I can do anything and/or wanted me to overcome a great fear. The first scene was just talking and I nailed that, but then I had to sing and the casting director wanted me to get it so badly so she asked me to try that second singing scene again, and again. And clearly I wasn’t going to warm up to it! But hey, I overcame my fear.

How was your audition for this series [The Walking Dead: World Beyond]?

I saw the creators Scott and Matt in the room for my initial meeting. Matt was really sweet, but Scott made me put up Post-it notes all over the wall before my scene, I’m not sure why? He was probably just messing with me! I told him I understood the point and executed as I was cracking up on the inside. Turns out Huck is a sarcastic beast and so it totally worked. Anyway, we hit it off proper.

Were you a fan of The Walking Dead series or comic prior to auditioning?

I think everyone in the world knows about The Walking Dead. How powerful is that! I still can’t believe I’m part of something so influential. All I ever wished for was to be part of great stories. That is my way of being a responsible human and doing my part in the world.

What about the series drew you to it?

Everything was hush hush, the sides were even a mock. But Huck’s spirit was ever-present. It infected me. I want to be her all the time. I’ve basically gone full method haha. I loved meeting the people involved, it usually gives a good sense of where the story will go. And based on their past work, they’ve got some solid history in great story telling. Ever since playing Nina on the Americans, I was craving to get physical in my work. The Walking Dead guarantees that!

How was your experience on set and your personal interactions with those zombies?! *ahhh*

Well there I was portraying this badass,” tough as nails, “ persona, Miss Huck, yet I was completely terrified on a personal level. I kind of always am because I am overridden by excitement for life. I’d be swaying away with the S-Poles (whole new weapons guys) and then I’d walk off set and screech at the sight of the same zombie. Lunch time was exceptionally terrifying… I’d literally be running away, plate in hand, from fellow actors in terrific zombie costumes.

Can we expect a crossover with the main series just like Fear The Walking Dead?

At the moment everything that can be, is in the ether.

What’s next for you after The Walking Dead?

I got a couple films lined up. One is about an Afghan refugee, which I am very excited about because my family left Afghanistan by all sorts of means. The other one is my husband’s film. I met Louie Gibson on his thesis film, we have broke into our careers side by side and now we get to work together again on a professional level. It is a story about a family who goes off the grid, pissed off at the government, thinking they can make it work, only to arrive at the loss of their kids.

It is a heart-wrenching story told through the eyes of a little girl. The film is titled Manifest West and it is written and to be directed by Louie Gibson and Joe Dietsch.

That’s all I got for you Annet, I want to thank you so much for this opportunity and your time most importantly. Sending tons of positivity your way in the wake of all that’s going on in the world. It’s been a pleasure!

Thank you, bless you for being so real and kind even in this form of an exchange!

You can catch Annet Mahendru as Huck in The Walking Dead: World Beyond when it premieres October 4th on AMC.

For more movie news and reviews make sure to keep it locked right here atThe Nerdy Basement. And while you’re here, consider supporting us on Patreon. It’s a simple way of supporting us so we can keep on providing you with your Nerdy News!