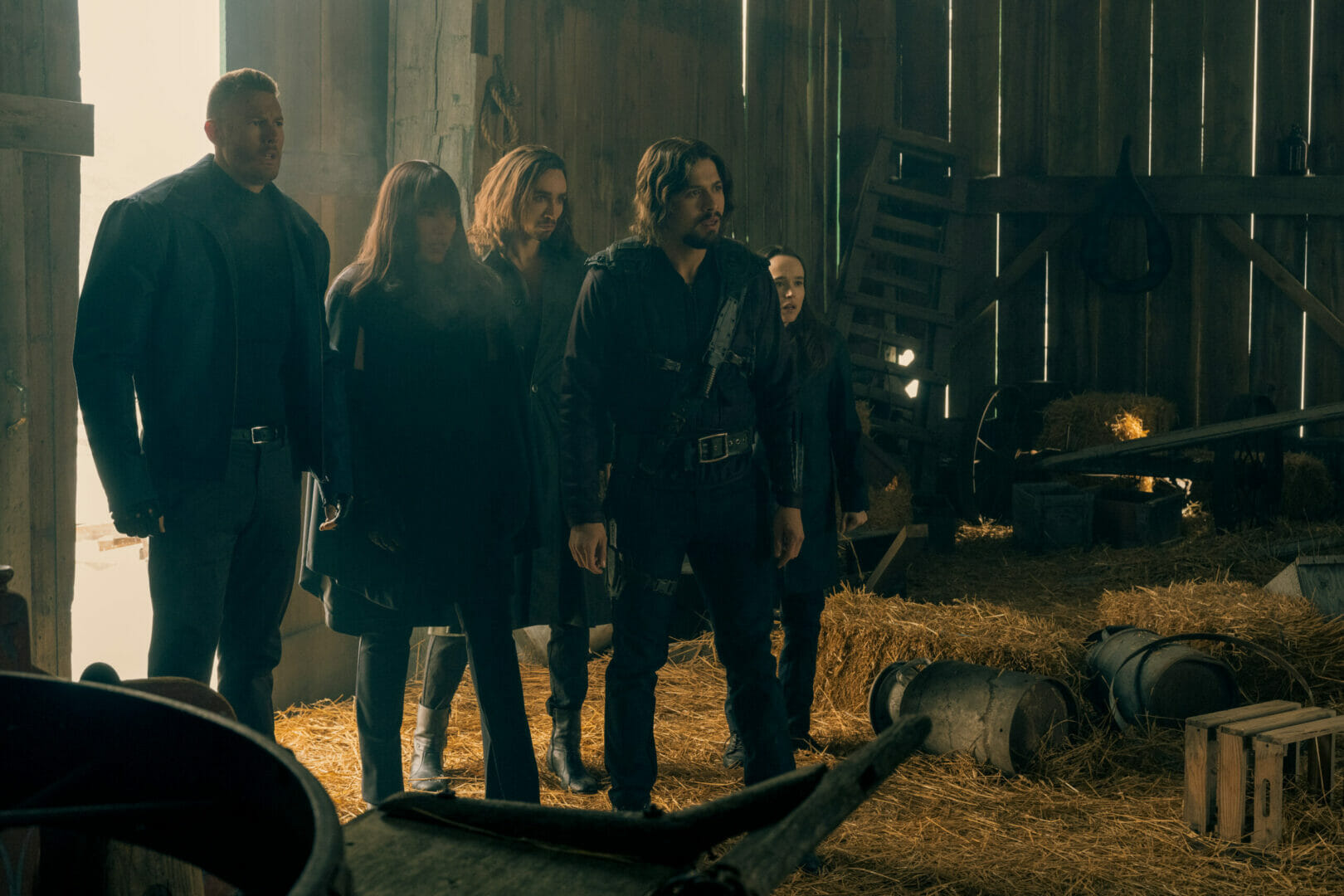 
The Umbrella Academy is back for a second season full of twists and unexpected turns, but ultimately shows us that family and love is all you need to persevere!

It’s been a long time coming but the second season of The Umbrella Academy is here with much-deserved anticipation. After a stellar first season, The Umbrella Academy found themselves face to face with death after Vanya unleashes the apocalypse. Out of desperation, Five decides to teleport everyone out of the apocalypse in order to stop it. Unfortunately for the team, they all arrive at different points in time in 1960s Dallas, Texas.

This season holds nothing back in terms of getting the twists and turns going right from the jump. As I mentioned, every member of The Umbrella Academy is spread out in different moments that time period. They’ve also brought the apocalypse with them to make things even worse. So the team, now spread out throughout Dallas, Texas have to find each other, they have to find a way back to 2019 (in order to stop the apocalypse), and they have to find a way to prevent the nuclear apocalypse of the 1960s from starting.

Where are the members of The Umbrella Academy?

One of the great things about this season is that we spend a great deal of time with each member of The Umbrella Academy, enough to see what they’re personally dealing with, what they have to overcome, and how they overcome it individually. But we also get that family dynamic we enjoyed so much back in season one when we do get to spent time with the group together.

This season focuses a lot on the personal growth of these characters and how much these characters do need each other and how much they actually do love each other. Despite all their disagreements and all of their bickering back and forth, they always managed to find a way to be there for each other when they needed it most. Albeit some moments they fail at that but when it’s all said and done, when it mattered, they were there and had each other’s backs.

As the team tried to prevent the apocalypse and find a way home while trying to keep the timeline intact. They run into some really odd but great moments when they discover that their father Reginald Hargreeves is alive and has some sort of connection to the assassination of President Kennedy. We also see that Grace is alive as well but she is also a human instead of a robot, while we don’t get to see that transition of her becoming a robot-like she was in season one, it was great seeing her back again this season and to know that her connection to Reginald is a deep one.

Speaking of characters who we were pleasantly happy to see, one of them was Baby Pogo. We see to a degree how Pogo became to be the Pogo we grew to love in season one. Essentially serving as an origin story for the character and how much Reginald Hargreeves loved the animal. This is displayed when Reginald gets upset with his children for letting Pogo loose, and when he resuscitates Pogo after a failed mission to outer space.

You’re probably questioning why or how Reginald meets his children. Well, the answer is more complex than it should be, but Reginald becomes aware that the children are looking for him and after a close encounter with them, he eventually finds a way to invite them all to a small dinner to discuss why they have been pursuing him.

Here he learns who The Umbrella Academy is and who these children are. Unfortunately for the team, this revelation doesn’t go well. But a 1:1 discussion between Reginald and Number Five goes a long way as it helps Five save the day when the team is killed by The Handler.

Yes, The Handler is back. Alive and better than ever! This time around she has company in the form of her daughter Lila, who Diego meets in the psych ward, falls in love with and essentially betrayed by. Now, Lila’s character for the most part I enjoyed and eventually grew some empathy for her after she revealed that her parents were murdered in cold blood when she was four years old. That empathy for her grows even more when we learn that she was raised by The Handler to be an assassin for The Commission.

It doesn’t stop there, The Handler had her parents killed by Number Five and she comes in as the saving grace and takes Lila to raise as her own. The unfortunate part of this revelation comes in the season finale when out of nowhere we learn that Lila has powers and is able to mimic the powers of every member of The Umbrella Academy. While twists like these are always welcomed, this one totally came out of the left field and it took me out of the moment for a short while. I still have mixed feelings about this moment.

I feel like the season could’ve benefited from having an extra episode to really sprinkle in the fact that Lila has powers. The same way the sprinkled in Harlan having powers after Vanya brought him back to life, even more after she “took his powers away”. The extra episode could’ve also benefited to further expand on The Handler’s plans and how she’s been wanting to essentially create an Umbrella Academy of her own by taking children with powers away from their parents. While also expanding on her issues with AJ Charmichael.

This time around in 1963, love and family is what saves her and stops her from bringing forth another apocalypse. Of course, that also relied on whether or not President Kennedy was killed but Vanya will always be the catalyst and harbinger of the apocalypse due to her emotions. It was really great how they played this all out and seeing the family come together like never before. Miss you Ben!!!

While The Umbrella Academy saved the day, themselves, the world, and traveled back to 2019. They still manage to alter the 2019 timeline. They arrive back on April 2, 2019, a day after the apocalypse but they walk into an unexpected surprise.

Reginald Hargreeves is alive, presumably with Pogo (he’s never seen again this season). A Ben who is not dead and an all-new Umbrella Academy dubbed the Sparrow Academy. What does this mean? Reginald Hargreeves never recruited our original Umbrella Academy, he never dies, Pogo never dies and most importantly, Ben never dies. While we don’t see the remaining members of The Sparrow Academy, we do see Ben who we can only presume is the leader of his squad.

Overall, The Umbrella Academy Season 2 turned out to be a great season and will definitely keep fans asking for more once the season wraps up. A third season for The Umbrella Academy hasn’t been announced but I’m sure it’ll get renewed and adapt the most recent volume of the comic, Hotel Oblivion.