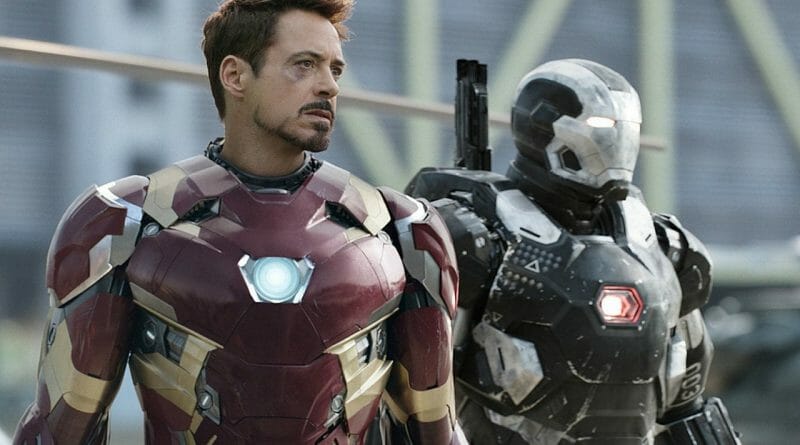 The Falcon and The Winter Soldier: Don Cheadle Set To Appear In The Upcoming Series, Teases Armor Wars Plot


Don Cheadle has revealed that War Machine will appear in The Falcon and The Winter Soldier, Armor WarsPlot Details Teased

With WandaVision now at it’s season mid-point, fans are already looking ahead and looking forward to The Falcon and The Winter Soldier, starring Anthony Mackie and Sebastian Stan and the titular heroes. In an interview with BroBible’s podcast show, Post-Credit Podcast; Don Cheadle revealed that his character James “Rhodey” Rhodes will be appearing in The Falcon and The Winter Soldier.

“It’s really a fun and interesting and, by all imagination, completely open-ended — this can go anywhere. It’s great, I can’t wait to get in the room with the writers and figure out how all those things [connecting Armor Wars to the MCU] happen. You know, Rhodey shows up in Winter Soldier and Falcon’s show. So, it can be a lot.”

While confirming his appearance in The Falcon and The Winter Soldier, Don Cheadle talked more about his upcoming solo series which was announced at the end of 2020, Armor Wars. A series that will focus on Tony Stark’s tech getting into the wrong hands.

“The death of Tony Stark, I’m pretty sure, will play a role in the series,” Cheadle said.

“Where we’ve been sort of progressing Rhodey—even in the last film where he’s now up again and he’s now walking again and he’s now mobile again—so as the technology continues to develop and we keep making innovations in the suit and what happens, I imagine there’s gonna be another elevation and another way that we’re going to keep digging into that part of Rhodey.

“But really, figuring out a way to bridge what’s happening in the comic books with what’s happening on screen in the MCU and how we’re going to make those worlds work, that’s really exciting.”

While Cheadle is keeping plot details at a surface level, there are not many plot details floating around the internet either. There are rumors of Justin Hammer returning for the series and us possibly seeing the revival of A.I.M. to some degree and the possible inclusion of Riri Williams played by Dominique Thorne, who in the comics is Rhodey’s niece and also has a live-action series currently in development for Disney+ is one of the few things fans and outlets are speculating will happen, though nothing’s been confirmed. Cheadle does, however, reveal that writing on the series begins next month in March.

Integrating Tony Stark’s death into the plot of this series might garner some dismissiveness from fans who don’t want Tony Stark to be connected to every plot point of every series or film that is coming out of the MCU going forward. I mean it’s understandable because for the past 13 years, Tony Stark has been the centerpiece of most of the MCU’s problems. Including WandaVision ironically enough.

That being said, a now deceased Tony Stark with billions of dollars worth of tech lying around. Having all that tech getting into the wrong hands can spell trouble with capital letters and will make for an interesting story. Especially since Armor Wars is one of Tony Stark’s darkest and more serious comic book storylines.

How War Machine fits into the narrative of The Falcon and The Winter Soldier remains to be seen given the plot details we are currently aware of. Either way, it’s good to see War Machine back before his solo series which will be coming sometime in the near future.

The Falcon and The Winter Soldier premieres March 19th on Disney+