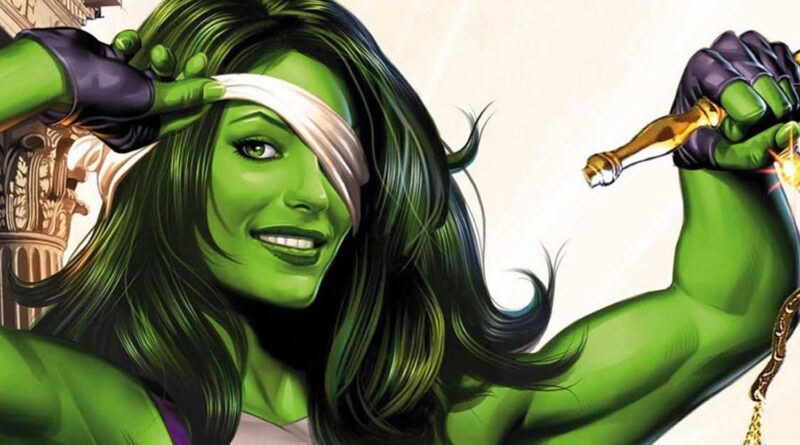 She-Hulk: Kevin Feige Teases Suprise Character Appearances For Each Episode of the Series

Marvel Studios’ live-action She-Hulk series is on the horizon and fans are eager to see Jennifer Walters brought to life on the small screen and eventually the big screen. Last week President of Marvel Studios Kevin Feige revealed a number of new details during the Disney Investor Day livestream event. Confirming that Orphan Black star Tatiana Maslany was set to portray Jennifer Walters aka She-Hulk was just the tip of the iceberg for what was to follow.

During the livestream, Kevin Feige announced not one, but two casting additions to the She-Hulk series. One is the return of Mark Ruffalo as Bruce Banner/Hulk. Comic book fans all know that Jennifer Walters is the cousin of Bruce Banner and his inclusion in the series is integral to Walters becoming She-Hulk. Putting it simply, due to an injury, Walters needs a blood transfusion and through the power of storytelling, Banner is her blood match. Unfortunately for Walters, this means that she is also injected with the same Gamma Radiation that runs through Banner’s veins, thus resulting in Walters gaining the same superpowers as her cousin.

Fans who were eager for the return of Emil Blonsky who hasn’t been seen in the MCU since 2008’s ‘The Incredible Hulk’ are in for a treat as Tim Roth is officially on board to return as The Abomination. The interesting part is that Abomination has been locked in The Raft all this time. The even bigger question is, who broke him out of The Raft to being with? The answer to that question will be revealed once we get our hands on the new series.

During the segment, Feige also gave us a brief idea of what the series will be about:

It’s a series about a woman trying to navigate the world and be taken as a working professional despite the fact that she is well over 6’7 and green.

Kevin Feige teases that the series will also be very comedic which falls in line with the character of Jennifer Walters, which I think is something that will attract new fans. More so that It’s Always Sunny in Philadelphia’s Kat Coiro will be helming the series alongside other directors like Anu Valia. Feige went on to also tease that new characters will be appearing in each episode of the new series, who we’ll never know who will be popping in and out as the series progresses.

Since Jennifer Walters is a lawyer who specializes specifically in superhero-oriented legal cases, you never know what Marvel characters are gonna pop up from episode to episode.

It’ll be interesting to see which Marvel characters will find themselves in legal trouble and need the help of Jennifer Walters. One can argue that Matt Murdock would also be a great lawyer but it seems that Marvel wants him for the big screen as Daredevil will reportedly appear in Spider-Man 3. One could also argue that Jennifer Walters could have also been the best lawyer for the legal case that Peter Parker has found himself in by the end of Spider-Man: Far From Home, but we’ll let Feige play his cards.

The introduction of She-Hulk to the MCU means that the character can appear anywhere on Disney+ as well as in any film in the film side of the MCU. It’ll be interesting to see if Feige and company are further planting the seeds for an A-Team film or series, as She-Hulk is one of its founding members and has always been looked at as the leader of the team.