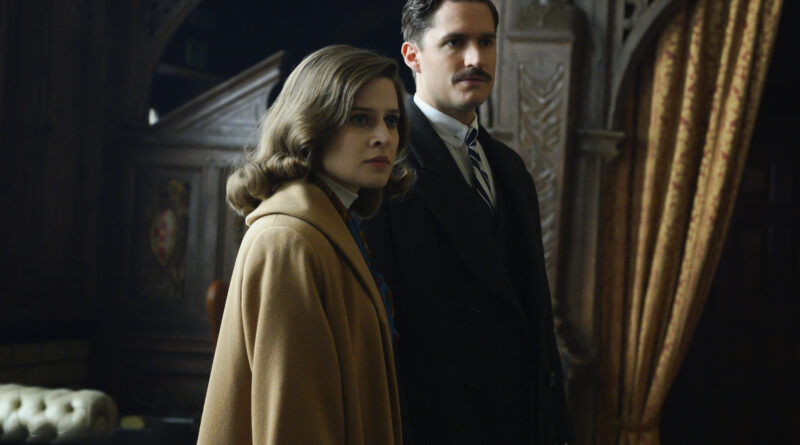 In the upcoming second season of Pennyworth, the DC drama series that follows Alfred Pennyworth (Jack Bannon) in 1960s London where he works with young billionaire Thomas Wayne (Ben Aldridge), it will be discovered that Martha Kane (Emma Paetz) is…pregnant!

During the Pennyworth panel at DC FanDome: Explore the Multiverse on Saturday, September 12, executive producer Bruno Heller shared the happy unexpected news with the parents-to-be-by-acting-proxy Emma Paetz and Ben Aldridge. (It was previously revealed during the DC FanDome: Hall of Heroes event on August 22 that DC character Lucius Fox would be joining the series in season two.)

Based on characters created for DC by Bob Kane with Bill Finger, Pennyworth was developed by Bruno Heller, who executive produces with Danny Cannon and Matthew Patnick. The series airs on EPIX in the U.S.