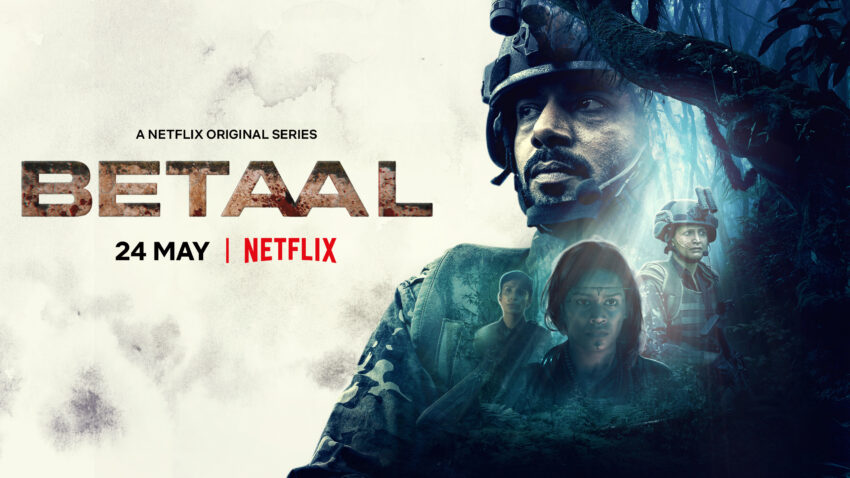 TAKE A DANGEROUS STEP INTO THE TUNNEL AT BETAAL MOUNTAIN…BUT AT YOUR OWN RISK! NEW HORROR-THRILLER SERIES BETAAL TO DEBUT MAY 24 ON NETFLIX

Delivering on the hallmarks of the renowned horror studio, Blumhouse Television comes together with SK Global Entertainment and Red Chillies Entertainment to present this horror-thriller series.

The story is set in a remote village, which quickly becomes the arena of a breathless battle when a two-century-old East India Company Colonel, infected with the Betaal’s curse, and his battalion of blood-thirsty zombie redcoats are released from their tomb – attacking anything with a pulse. With the CIPD (Counter Insurgency Police Department) forces pitted against the undead army, hapless civilians are trapped in a gripping, edge-of-your-seat conflict.

The new horror-thriller BETAAL Premieres May 24 on Netflix.

For more news, trailers, rumors and updates, make sure to keep it locked right here at The Nerdy Basement.