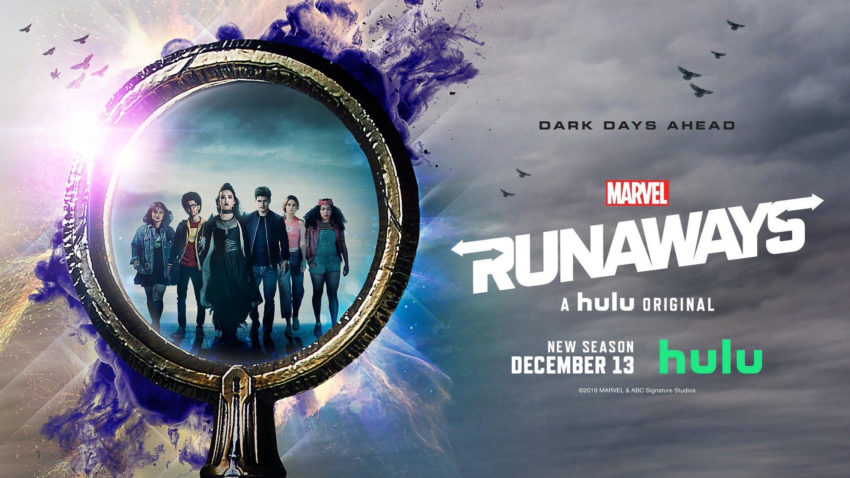 The third season of the hit Hulu original series, The Runaways is dawning upon us. Ahead of its New York Comic Con panel. Marvel and Hulu officially released an official poster for the upcoming season and it hints that there are dark days coming for our young heroes.

While not much has officially been revealed in terms of plot points or what comic book story arc they plan on . What we do know based on the teaser that was released earlier this year. The Runaways are gearing up for a massive showdown against PRIDE. If these days are as dark as they seem, then we might see one or two of the Runaways members bite the dust. Readers of the comics know exactly who I’m potentially hinting at.

With the crossover with Cloak & Dagger officially confirmed over the summer. These dark days might be the catalyst as to why Tyrone and Tandy join the fray. As I mentioned above, with NYCC happening this weekend; and a panel/screening confirmed for those in attendance. I would recommend keeping a close eye to our social media outlets as we are covering this panel this coming Friday.

STRANGER THINGS SEASON 4 - WE'RE NOT IN HAWKINS ANYMORE Next post