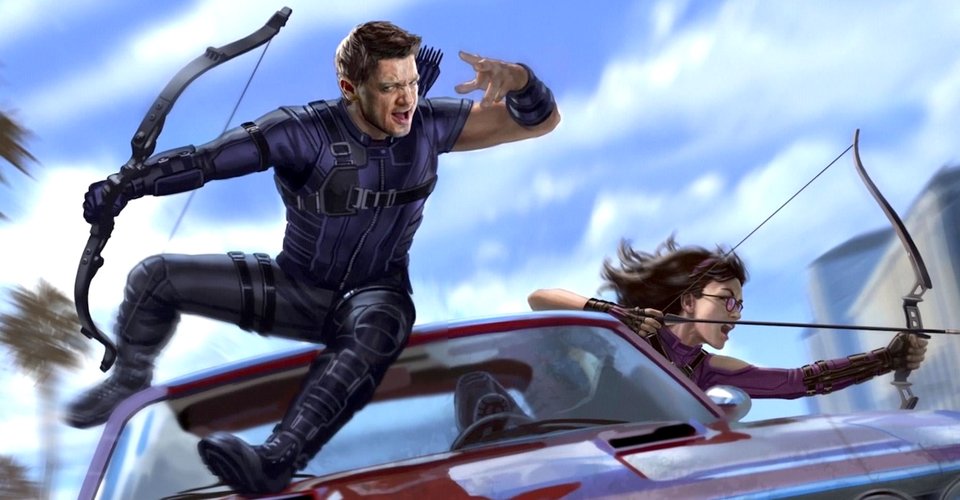 It’s been an uphill battle trying to get any sort of confirmation on whether or not Hailee Steinfeld was indeed cast at the MCU’s Kate Bishop. We’ve been covering the news surrounding Hailee Steinfeld on this site and on our social pages since it first which was a little over a year ago.

The Hawkeye series and the introduction of Kate Bishop as the new Hawkeye was first announced at San Diego Comic-Con during Marvel Studios’ epic Hall H panel. In addition to this announcement at the time, Marvel Studios released a short teaser for the series which featured a silhouette of Kate Bishop and some official concept art featuring the heroine alongside her mentor Clint Barton and Lucky the Pizza Dog.

Although Jeremey Renner was set to return, we had no official casting for Kate Bishop and although we now have unofficial confirmation that Hailee Steinfeld has been cast in the role, Marvel Studios has yet to make the official announcement. It really begs the question as to why Marvel has not made the official call publicly but our best guess is that they are waiting to make official casting announcements during their upcoming investor’s meeting.

After a gruesome battle with Apple, which had Apple contractually forbidding Hailee Steinfeld to work with any competitors. Feige and company were keen on Steinfeld and has always been their number one choice atop of the list of potentials if Steinfeld was not able to fill the role. Power Rangers Beast Morphers star Liana K. Ramirez gained some traction during her social media campaign in hopes to get Marvel Studios to take a glance at her in order to audition and potentially land the role of Kate Bishop.

We had the opportunity to sit down with Liana K. Ramirez during her Kate Bishop campaign to discuss why she would be a great fit for the role of Hawkeye and her role in Power Rangers Beast Morphers, that interview can be watched below.

Now that the year-long battle for Kate Bishop is unofficially over, we can present you with some set photos that made the rounds on social media this week giving us our very first look at Steinfeld as Kate Bishop in the MCU. Those images can be seen below.

Hailee Steinfeld’s casting as Kate Bishop will mark the very first live-action adaptation for the character and could be the gateway to introduce new villains and heroes in the MCU, like the West Coast Avengers. A team of young heroes who Kate Bishop has a prominent, almost leader like role in. Given Steinfeld’s age, 23, having a young actress in the role means that Kevin Feige has huge plans for the actress and the character of Kate Bishop going forward in the MCU.

The Hawkeye series will also be adapting Matt Fraction’s now-iconic Hawkeye comic book run which features Kate Bishop’s training and mentorship and growth into the mantle of Hawkeye from a semi-retired Clint Barton. The series will also be looking to introduce the Tracksuit Mafia, Hawkeye’s brother Trick Shot, as mentioned above, Lucky the Pizza Dog (as seen in the set photos as well), Echo, and one of the most integral character traits to Clint Barton himself, his hearing loss.

Marvel Studios’ Hawkeye series is currently filming in New York and will debut on Disney+ sometime in 2021-2022.