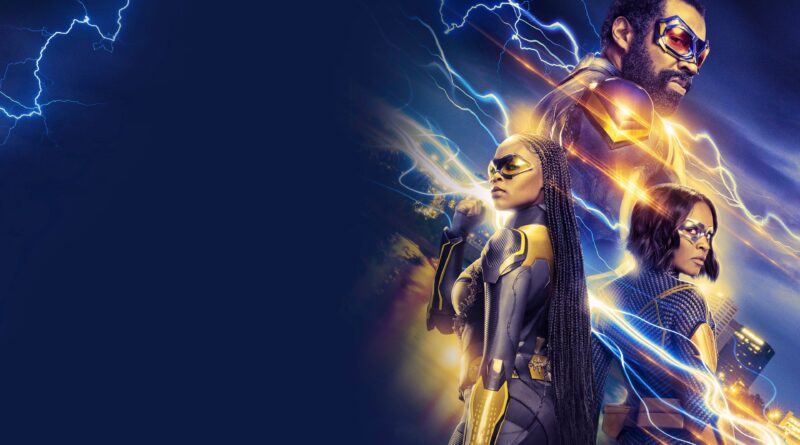 
Black Lightning is no more. Jefferson Pierce and his family are still trying to cope with the loss of Detective Henderson, but how is the Pierce Family handling such mourning.

Black Lightning is finally back for it’s fourth and final season and the premiere has set the pace for what’s to be another emotionally driven, hard-hitting season for Black Lightning. Taking place a year to the date from last season’s events which saw a huge showdown between Black Lightning and Grave Digger. Those final moments came to a head as Detective Henderson met his end. Henderson being Jefferson Pierce’s real-life best friend, this loss has taken a huge toll on him, both mentally and emotionally.

Adding in the tension between Jefferson and his wife, as well as the rebuttals from his daughters. As I said above, this season is setting the tone for a very emotionally driven season. Jefferson has been coping with all this in the worst ways possible. Heavy drinking, arguments with his wife, letting off his anger on police officers (justifiable though), erasing their memories, destroying body cams and police cars. Jefferson is running rampant while trying to keep it all together.

It’s a prime example of how a man and a father figure tries to remain strong for his family but is literally hurting and dying on the inside, but he doesn’t want his family to see that. It’s that “you’re a man, be a man” mentality that affects many men out there, especially our Black men. Unfortunately, for Jefferson, although he destroyed the policemen’s camera footage, street cams caught him in the act.

Gambi tried his best to clear his tracks by deleting the footage, but the camera was still able to get a glimpse of his license plate. Jefferson is eventually confronted about the ordeal by the new Chief of Police, Ana Lopez. Who’s tasked herself with tagging every Metahuman in Freeland in order to keep tabs on their whereabouts and their power levels at all times. Think of it as the Sokovia Accords from Captain America: Civil War without these Metahumans having to actually work for the government.

Chief Lopez has a hunch that Black Lightning is back due to the altercation with the police officers. Later in the episode, Lightning and Thunder start hitting Lala where it hurts and starts raiding his drug pickup points. After successfully taking down his drug buys on two separate occasions, Lala sets up a third false buy in an attempt to kill Lightning.

Although his henchmen fail at killing Lightning, they successfully injure her, severely. And although she recovers quickly by the end of the episode we see that he hasn’t fully healed. This sends Jefferson into another rampage and after successfully identifying the shooter, Jefferson goes out to hunt him down. Finding him in his apartment, Jefferson lays down a massive beatdown on the guy and purposely cripples him.

The extent of the injuries is unknown, but seeing the guy tubed up in a hospital bed was the indicator that these injuries were nearly life-threatening. He [Black Lightning] is back, Chief Ana Lopez and Detective Hassan Shakur say to each other while looking at the patient in the hospital.

Needless to say that Detective Hassaan and Chief of Police Lopez will be making a personal task of their to hunt down Black Lightning. What kind of measures they will take remains to be seen but Chief of Police Lopez is not here for friendly chit-chat and that was evident in this episode.

Of course, we can’t forget our main man Tobias Whale who was presumed dead at the end of Black Lightning Season 3. Tobias is now putting up a new charade as rich philanthropist who is looking to uplift Freeland and getting the drug dealers and gangsters off of the streets of his city. But we all know there’s a bigger hand to play here and Tobias is using this as a coverup for what he is planning to do.

Overall this was a super solid premiere for this final season of Black Lightning. I personally hate to see it go but I’m hoping this season is one of the series best and strongest so it ends of a good note. Hopefully they build up enough momentum to get current Black Lightning fans to make the transition over to the Painkiller solo series.