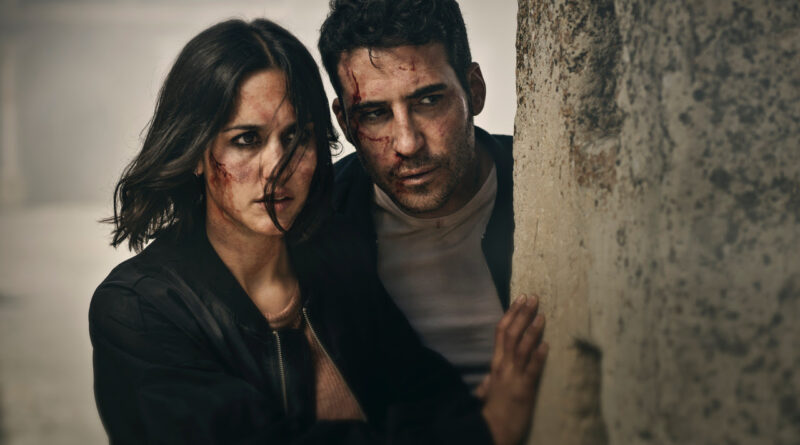 30 COINS, an eight-episode horror series produced by HBO Europe in Spain, debuts MONDAY, JANUARY 4 (9:00p.m. ET/PT), with the first two episodes airing back-to-back on HBO. The series will also be available to stream on HBO Max.

30 COINS follows Father Vergara (Eduard Fernández), an exorcist, sent away by the church, to become the local priest of Pedraza, a remote town in Spain. When inexplicable terror begins to plague the idyllic community, the local vet Elena (Megan Montaner) and the town’s mayor, Paco (Miguel Ángel Silvestre), form an unlikely alliance to understand the source of the strange and demonic events. The series also stars Macarena Gómez, Pepón Nieto, and Manolo Solo.

30 COINS will be featured on HBO Max and can be found on its new International Genre page alongside a curated selection of programming from all around the world. 30 COINS is the latest international program made available to U.S. subscribers and joins Max Originals “Valley of Tears” and “Gomorrah,” HBO Europe’s “Patria,” and classics from the HBO Max library including “City of God,” “Cinema Paradiso” and “Life is Beautiful.”  HBO Europe’s “Beartown,” a five-episode drama series from Sweden, will debut on HBO and HBO Max later this winter.

Episode 1: “Cobwebs”
Debut date: MONDAY, JANUARY 4 (9:00-10:20 p.m. ET/PT)
The quiet town of Pedraza is shaken by the birth of a mysterious child. Local vet Elena (Megan Montaner) and Mayor Paco (Miguel Ángel Silvestre) investigate the incident and begin to uncover the troubling past of their newly appointed priest, Father Vergara (Eduard Fernández) – and the significance of a curious coin he has in his possession.
Written by Álex de la Iglesia, Jorge Guerricaechevarría; directed by Álex de la Iglesia.

Episode 4: “Memories”
Debut date: MONDAY, JANUARY 18 (9:00-10:00 p.m. ET/PT)
Father Vergara (Eduard Fernández) leaves for Rome to face his painful past. He requests a meeting with the Pope, but he discovers that Santoro (Manolo Solo) is waiting for him too. Meanwhile in Pedraza, someone is about to return from the dead.
Written by Álex de la Iglesia, Jorge Guerricaechevarría; directed by Álex de la Iglesia.

Episode 8: “Sacrifice”
Debut date: FEBRUARY 15 (9:00-10:05 p.m. ET/PT)
Vergara (Eduard Fernández), Paco (Miguel Ángel Silvestre) and Elena (Megan Montaner) confront biblical demons while the Cainites seize the village. If they get hold of the 30 coins, an unprecedented power shall emerge, and with it, a Pope for the new world order under Satan’s rule.