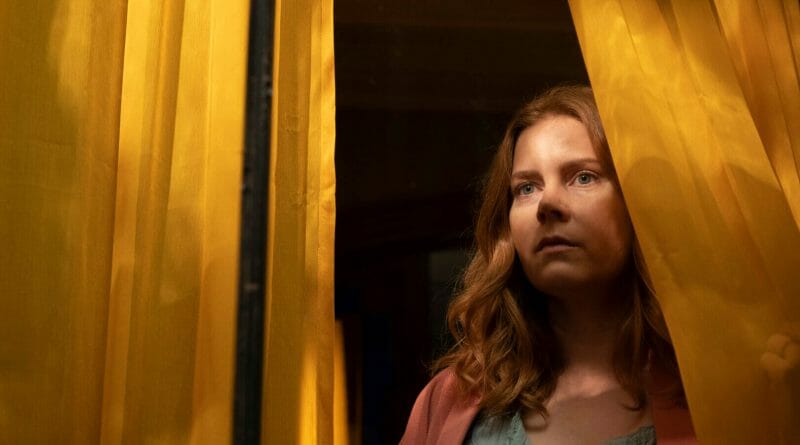 Woman In The Window Review: Staying Inside Shouldn’t Be This Agonizing


All production stories aside, Woman in the Window severely underutilized its star-studded cast in an agonizing and underwhelming story

In a world where the majority of the world has spent the past 18 months locked inside their homes in order to avoid what seems like the plague. Woman in the Window unlike all the television shows and films that have released before it fails immensely at providing a sense of escapism and only emphasizes how agonizing being cooped up in your overly spacious home can actually be.

Woman in the Window stars Amy Adams (Man of Steel, Zack Snyder’s Justice League) as Dr. Anna Fox, an agoraphobic child psychologist living in Manhattan, New York. The film makes you believe that Anna Fox is on a temporary separation from her child husband Ed (Anthony Mackie) and their daughter Olivia (Mariah Bozeman) due to her agoraphobia and the issues that has caused in their relationship.

Through an abundance of old film clips, characters who come and go as they please at an extremely alarming rate and the overall idea that Anna Fox has lost her mind, coupled with her “spying” on her neighbors. The Woman in the Window gets lost in its own plot and relies on overacting and overselling scenes to hide the fact that it’s lost its course. Anna constantly popping pills and getting drunk off wine doesn’t help with the plot either.

One random night, Anna is paid a visit by her new neighbor Jane Russell (Julianne Moore). A couple of nights later she witnesses her murder from her window. She calls the police and once they get involved things start to go left as she is accused of being delusional and hallucinating due to being on medication. She is also accused of trying to lure in a minor by Alistair Russell (Gary Oldman) because his son Ethan Russell (Fred Hechinger) is constantly paying her random visits.

As the layers of the story start to peel back you get a true understanding of what’s really going on and while these revelations are meant to be shocking and engrossing they just fall flat. The reveal of a new Jane Russell (Jennifer Jason Leigh) doesn’t hit as hard as it should, neither does the reveal that Anna’s tenant David (Wyatt Russell) has a connection to the Russell family. Let’s not get started on the revelation of Ethan Russell being the actual killer in this movie.

For context, Anna develops her agoraphobia after tragically killing her husband Ed and their daughter Olivia by accidentally driving off a cliff. We’re expected to care about this tragedy simply due to the fact that a child was killed by her mother, who also killed her husband in the process and she’s a child psychologist no less. Unfortunately, while these events are tragic, we don’t spend enough time with Anna and her family in order to really see what drove the wedge in their relationship, which turned out to be her infidelity.

Despite the film’s twists and turns, revelations do not feel rewarding as a viewer. I’m all for misguiding a viewer for the sake of a thrill or the sole sake of the mystery at hand. But the prolonged in-house setting with the heavy emphasis on this woman is crazy simply because she’s on medication and accidentally killed her family and that’s why Ethan wants to kill her just seems a bit redundant.

Even after Anna is proven to be right and the Russells as a whole are taken into custody, the simple “we’re sorry” just didn’t feel right. If there is anything this film did get right was the theme of overcoming our fears, grief, and acceptance. Despite all those negatives I mentioned above, I do feel like having Anna force herself outside to overcome her potential killer shows she had what it took to overcome her condition and that it shouldn’t have been much of a hindrance to her, to begin with.

Depression, anxiety, agoraphobia, taking medication, and anything that comes along with it aren’t easy battles to overcome. If anything, Woman in the Window should’ve spent more time highlighting Anna building herself up and overcoming which she ultimately did; even with the brief help of her therapist. There’s a lot of things that were put into perspective that weren’t highlighted enough ultimately resulting in a film that was painfully exhausting and an absolute chore to watch. Especially during a pandemic.

Woman in the Window is streaming now in Netflix.