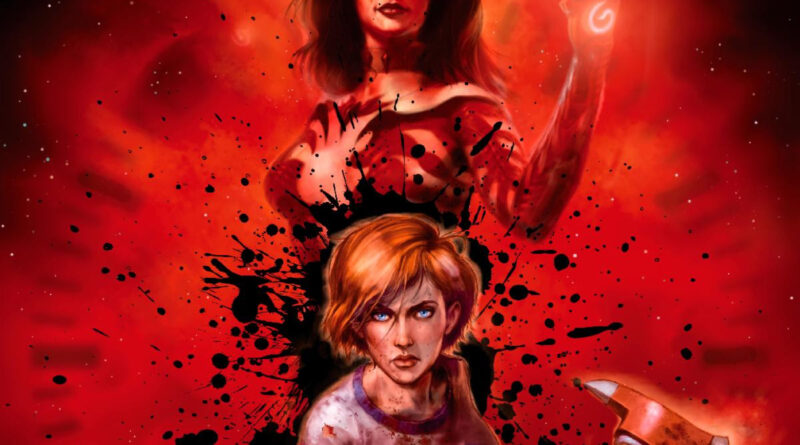 To Your Last Death (Film Review)

**WARNING THIS REVIEW CONTAINS SPOILERS FOR ‘TO YOUR LAST DEATH’**

‘To Your Last Death’ starring Morena Baccarin (Deadpool, Gotham), Dani Lennon (The Love Witch), Ray Wise (Batman: The Killing Joke) and William Shatner (Star Trek franchise) is a 2D animated horror film directed by Jason Axinn and is written and produced by Tanya Klein and Jim Cirile, follows the horrific night in which Miriam DeKalb and her siblings must survive their father’s deadly revenge game. Initially emerging as the sole survivor of this sick revenge game, Miriam makes a deal with The Gamemaster (Morena Baccarin) to revisit that night in order to save her sibling from their horrific fate.

For the most part, this animated horror film is engaging enough to keep you watching just to see how things eventually turn out. And while there’s a lot of potential for this film to be something much bigger than it really is, the film ultimately doesn’t deliver much. Granted we all love a good, mindless, and blood-filled horror flick, especially this time of year. But as the film progresses it eventually becomes a near-identical rip off of the cult-classic ‘Saw’ film series. Something that while a tad bit entertaining at first, grew a little tiresome by the time the third act came around.

The story itself is pretty linear, despite the twists and turns and odd curves it throws at you (all due to The Gamemaster), and while some of those twists and turns were welcomed. The over interference from The Gamemaster became an eventual turnoff. It’s typical for horror films to do this kind of thing but I feel like a lot of it was for s**** and gigs. Set up the fake victory, then throw a massive curveball to the MC and the viewer. While there are horror films that do this better than others, this film just doesn’t do a swell job at it.

One thing I can give this film props for is for not holding back when it came to the deaths that were to be displayed. Cutting off limbs and severing heads and of course filling the screen with all the blood it possibly could. Huge props there because when I watch a horror film with this kind of flavor, I’m looking forward to those gruesome and bloody moments. I’m seeking that cringe feeling from watching someone’s head gets severed off….gruesomely.

Another thing I would like to commend this film is its animation. The animation gave me heavy motion comic book vibes which I dug while also giving me Telltale Games vibes, which also happen to have that motion comic feel to it. So I enjoyed that very very much. Sadly though, the film isn’t great. But it isn’t bad either.

I think the film focused on what it wanted to focus on while leaving room for a potential sequel. One thing I was hoping that the film explained a bit more was Morena Baccarin’s The Gamemaster and her “gamblers”. I was also looking forward to getting some sort of explanation about this game they play and why they want to play it. It can be a play at how a God or how Gods can jump in and out from the physical and astral world to help or hinder the life of their playthings who would be us, humans. That’s just me.

As I mentioned before, the film delivers what it wanted to deliver. The film isn’t great but it isn’t unwatchable either. I think this film or potential series of films have the potential to deliver a franchise within the likes of ‘Saw’. It was evident that this film heavily influenced this film so I’m hoping to see a much better installment the next time around.