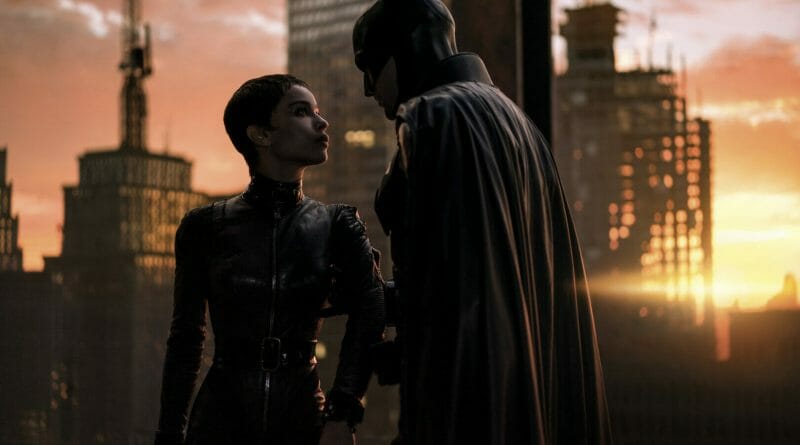 
**WARNING MAJOR SPOILERS AND REVEALS FOR ‘THE BATMAN’ AHEAD**

After years of anticipation, multiple delays, and rumors, The Batman starring Robert Pattinson in the titular role has officially been released. Matt Reeves’s take on the World’s Greatest Detective is prominently noir-driven and has a lot of similarities with David Fincher’s ‘Se7en’ and ‘Zodiac’. More than many fans and audiences would have expected. Reeves right from the opening sequence, layers and fills the movie with a complex yet very easily understandable narration that grounds this new iteration of the Caped Crusader – in its dark, violent, and gritty roots.

The opening sequence is a great example of how the director sets up both The Riddler and The Batman as almost the same – yet very different sides of the same coin. Individuals who are focused on bringing justice to the cesspool that is Gotham City. In the opening sequence, we get to see The Riddler preying on his first victim and we get to see things from his point of view, leaning into a horror-like sequence when he takes down the mayor. Shortly after, we get Batman’s perspective as he narrates his initial years of vigilantism leading up to him fighting crime on Halloween night.

Bruce Wayne is in his second year of crime-fighting in Gotham City and maintains a diary about the toll his vigilantism and crime-fighting are taking on him, turning him into a nocturnal animal who is pushing himself to the extremes. Batman within his two years has established a great sense of fear into the minds of the criminals of Gotham. During this opening sequence, Matt Reeves establishes the strong influence of Batman: Year One of the few comic book storylines that inspired this film.

But our Caped Crusader has also become a catalyst, lending an unwilling hand in the creation of the Riddler. The Riddler played by Paul Dano is an orphan and has been severely affected by the corruption in Gotham City and wants to unmask all the corruption and bring down all of Gotham’s elites, exposing their dark secrets in the process. In addition to the Wayne Family and the Renewal Program which was spearheaded by Bruce’s father, Thomas Wayne.

At the Mayor’s funeral, we get to see one of The Riddler’s followers interact with Bruce Wayne, about how they want to bring out the corruption and burn them down. Prior to this, we get a scene at the Iceberg Lounge after Gil Colson (Peter Skarsgard) is kidnapped by The Riddler in his own car, and when the camera starts to move away, we can observe vans parked right near the sea walls. Not just that, Commissioner Gordon and The Batman meet regularly on the abandoned construction building of the Renewal Program. These subtle hints go a long way and all the messages and cards left for The Batman do hint at the possible future sequel villains for the franchise moving forward. These could all be set up for Mister Freeze, a villain Matt Reeves has shown high interest in, in addition to The Court of Owls.

Matt Reeves’s take on the Caped Crusader draws many similarities between The Batman and The Riddler and points out the fine line between a vigilante – who wants to protect the laws (illegally) and the villains – who also break the laws, and paves the way for Bruce Wayne to become a better Batman. The confrontation between The Batman and Edward Nashton aka The Riddler in Arkham Asylum holds some of the biggest surprises of the film. Batman emerges from the darkness and saves the day, rising like a beacon of hope for Gotham City. While The Riddler has always been in the darkness and continues to stay there. The masks worn by both The Riddler and Batman are almost similarly built from the same leather. Riddler uses Batman and bring Falcone into the light and instill fear in the upper class and corrupt police of Gotham.

The Riddler believes that both he and The Batman are a team, and he has finally succeeded. But the ending of The Batman sets up a lot more possibilities for a very interesting sequel. With Carmine Falcone (John Turturro) being gone, Penguin played by Colin Farrell wants to take the spot and handle all the operations and establish his power on the city. Selina Kyle played by Zoe Kravitz leaves the city and heads to Bludhaven, as she has now succeeded in bringing down Falcone. The biggest surprise of the film was the tease of the fan-favorite villain of Batman’s rogue gallery – the Joker played by Barry Keoghan. Thus teasing a potential team-up, that might materialize sooner rather than later.

Robert Pattinson breathes new life into the characters of both Batman and Bruce Wayne. His performance in scenes with Carmine Falcone and the confrontation with The Riddler are some of the best. Paul Dano delivers a chilling performance as The Riddler and Collin Farrell’s portrayal of the Penguin deserves a special mention. Underneath all the heavy prosthetics, Farrell’s portrayal of Penguin is very close to the comics. Zoe Kravitz essays the character of Selina Kyle/Catwoman and makes the role her own. Catwoman holds her own and her character shows that she doesn’t need any saving from Batman. Jeffrey Wright’s portrayal of Jim Gordon is perfect, complimenting Pattinson’s performance throughout the film. Andy Serkis, who plays Alfred Pennyworth, while having a limited amount of screentime, works with what he is given and delivers a great performance as the beloved butler.

Many comic book films are remembered by the face of the character, but The Batman will be remembered for the way it was crafted and the great attention to detail, that went into bringing it to life. Matt Reeves creates some of the most unique shots in the film which is complimented greatly by cinematographer Greig Fraser. Together they bring Gotham City to life and make it a living and breathing character within the movie. Michael Giacchino delivers a score that is both chilling and exciting blending it perfectly with the film’s tone, look and feel. Matt Reeves has crafted a Noir driven Super Hero epic that never loses sight of its titular character and the trauma he has been through. The Batman is a film that will be remembered for ages and exceeded all the hype that was surrounding it.

The Batman is currently playing in theatres across the globe and will be available to stream on HBO Max from April 19th.