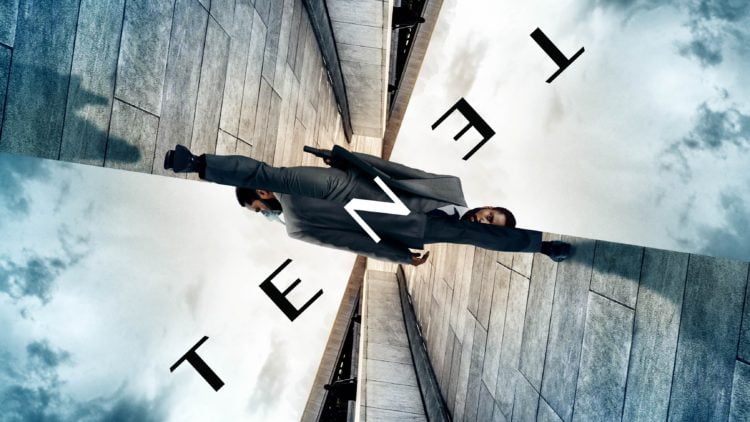 
TENET is easily one of Nolan’s most eccentric, confounding, and unthinkable story-lines. Coupled with his signature, dynamic visuals that work your subconscious into the ground. This film will require multiple viewings to truly understand.

If you’ve ever sat through ‘Interstellar’ (2014) and felt inadequate beneath the high-level concepts. You are in for a jolly-good ride with this one. TENET takes the top spot for easiest non-spoiler reviews because it makes no sense at all 🙂. TENET follows the perplexities similar to ‘Memento’ (2000) and ‘Inception’ (2010). It is highly recommended you watch either or both of those films if you want even the slightest chance at attempting to understand what’s going on in Nolan’s brilliant, but possibly chaotic mind.

TENET is easily one of Nolan’s most eccentric, confounding, and unthinkable story-lines. Coupled with his signature, dynamic visuals that work your subconscious into the ground. This film will require multiple viewings to truly understand.

John David Washington plays our main character and shows why he is one of the most sought-after new actors. Washington plays the different facets of our mysterious protagonist brilliantly, from the physicality of his action scenes to the vulnerability he shows with Kat (played by Elizabeth Debicki). The Protagonist (Washington) works for a vaguely-defined espionage agency hunting a new type of criminal (Kenneth Branagh) who seems to be manipulating the laws of time itself. While taking nothing away from Washington’s commanding performance, it is Robert Pattinson and Branagh who really steal the show.

Robert Pattinson plays Neil, the Protagonist’s (for lack of a better word) partner, and helps him track and find our bad guy. Thanks in large part to Pattinson’s performance, Neil is a very intriguing character. While the audience knows Neil is on the Protagonist’s side, you can also tell he is secretive and never shares the full story. Branagh plays our villain, Andrei Sator and he is great. Sometimes Branagh skews towards a comic book villain, this is due in most part to the high-concept Nolan is using. He chews up scenery whenever he is onscreen.

While the movie is an absolute chore to get through due to the time-fuckery, I believe film-buffs may find this film challenging in the best sort of way. Others (possibly the majority) will give up in the first 15 minutes. There are no stops when it comes to making the audience work for their enjoyment and the director knows it. Creeping on the impulsiveness of the average viewer and therefore, maximizing on the $200M+ budget.

The scale of this film demands both your eyes and 100% of your brain’s capacity to understand what’s going on (I still don’t know exactly what happened). The camerawork, the framing of actors, and Nolan’s use of color all combine to complement the themes of time throughout.

In general, I found TENET to be high-class film, but challenging to a fault. The concept and story are absolutely original and ballsy, but there is no doubt this is Nolan’s most inaccessible film to date. A lot of the time, TENET will leave you scratching your head as characters explain the outrageously-complicated scientific theory in a few lines of dialogue. Before you have the chance to explain why you don’t understand, they have moved on to more outrageous scientific gobble-dee-goop.

The film is not a masterpiece by any stretch, especially due to the layer of confusion it doused me in for two and a half hours. Two hours would have been the sweet spot. To sum things up though, TENET is hands-down the most confusing Nolan film ever made and is a solid, GOOD experience for audiences alike. Highly recommend.