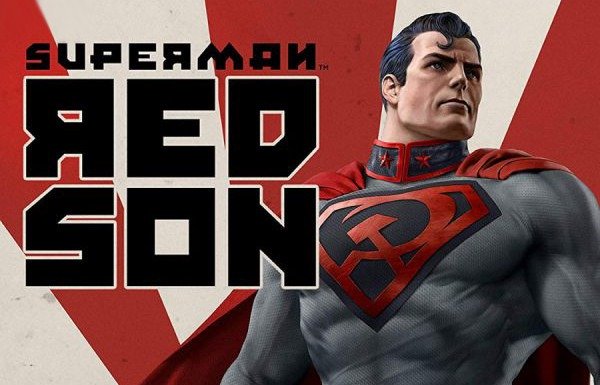 In addition to countless other DC Original Animated Films, the animators at Warner Brothers produced another installment, this time adapting Mark Millar’s classic Elseworlds story Superman: Red Son with outstanding results. While staying true to the source material, for the most part, some characters have been removed from the original story to allow us more time to develop the plethora of characters already on display such as Batman, Wonder Woman, and Lois Lane-Luthor.

Unlike Batman: Hush (2019) which diverged from its comic book counterpart to its detriment, the changes made in Superman: Red Son (2020) seem downright ballsy and necessary. This animated film could be one of the few adaptions that truly lives up to the original.

If you were to ask a comic book enthusiast, “what’s a good Elseworlds story?”, Superman: Red Son would surely be one of the first titles that comes to their mind. The comic book stands as the true meaning of ‘Elseworlds’, where familiar characters are placed in unfamiliar settings, where the tired good vs evil tropes are truly flipped on their head.

In this story, Superman’s ship lands in Soviet-Era Ukraine instead of America. It is not the symbol of the House of El that Superman wears on his chest, but the eerie, infamous communist symbol; the hammer and sickle. Instead of freedom and justice, this particular Superman is a symbol of communist ideals like strength and discipline. Now on opposite sides of the world, Lex Luthor and Superman are truly pitted against each other.

Without the constant interruption of Superman in his daily life. This world’s Luthor has been able to flourish – marrying Lois Lane and being recruited by the President of the United States. As the US government’s only chance at deterring Superman. The cold war setting is also surreal and reminds us of just how close the world was to the brink during the early 20th century. The reliable animators at Warner Bros. did not follow the comic’s storyline entirely, but instead took this obscure concept and ran with it expertly.

The thing I respect most about the Superman: Red Son animated film compared to the comic is its ability to pull absolutely no punches, especially in regards to Soviet-dictator, Josef Stalin. In the original source material, Stalin is featured in the first issue as little more than a cameo, before he is poisoned by an unknown assassin. Superman later chooses to lead the Communist party, expanding the Soviet empire to create his Utopic vision.

This unfolds a little differently in the animated film, as Stalin is initially presented as Superman’s mentor and father figure. The infamous Communist leader uses Superman as a propaganda icon, a symbol of Soviet power and solidarity. On more than one occasion Stalin even refers to Superman as “[his] son”. Superman later realizes the grim reality of Stalin’s Motherland, discovering a huge underground prison camp (thanks to an opportunistic tip-off from Luthor).

Superman reunites with his childhood friend Svetlana, now on the brink of death, who was imprisoned for simply knowing Superman as a child. After she dies, Superman confronts Stalin, shocked and ashamed that his leader would commit such atrocities against innocents. When it is clear that Stalin is only out for personal gain, Superman takes it upon himself to murder his evil mentor and assume control of the Soviet Union. This works even better than the comic as Superman is actually forced to face the reality of his homeland. Instead of inheriting Stalin’s empire, Superman chooses to take it from him with a simple blast of his laser vision.

Uncannily reminiscent of Zack Snyder’s Man of Steel (2013), Superman shows immense regret at having to end a life, no matter how evil. While the source material does not shy away from the historical truth by any stretch, I feel like the animated version confronts communism and Soviet-era politics more directly. No new ground is covered, however, the USSR is condemned even more severely in this version.

Superman’s relationship with Wonder Woman (Diana Prince) is also handled with more maturity and consequence. With Stalin out of the picture, Diana seeks peace talks with Superman, willingly unveiling herself and the Amazons to the world. They begin a friendship under a common goal of creating peace on Earth.

Well into his reign, Superman begins forcibly capturing territory in an attempt to spread communist influence, going that step further by adopting brain surgery techniques as a way of forcing insurgents to obey. While Diana is equally as critical and trusting of Superman, his actions undoubtedly strain his relationship with Diana and Themiscyra as a whole. When Diana is taken hostage by Batman, she saves Superman after being forced to break the Lasso of Truth.

Instead of getting some divine form of dementia like the comic book, Diana ages rapidly as punishment. Having witnessed Superman threaten to lobotomize Batman against his will and therefore accepting man as incapable of peace, Diana abandons Superman and decides to shut Themiscyra off from the world forever. Again, the film does not pull any punches with our heroes and presents them with tough situations with even tougher consequences. Wonder Woman is portrayed as an equal to Superman in terms of strength, but also in the fact that they are imperfect.

The second extensive change that really worked for the animated film was the removal of Pyotr Rozlov, Stalin’s illegitimate son and head of the KGB. Originally, Pyotr plays a key role in the story, killing this universe’s versions of Thomas and Martha Wayne as well as playing the conventional second-in-command to Superman; greedy, entitled, jealous and afraid.

Taking him out of the story served the film well as it meant other characters like Stalin Lois Lane-Luthor and Wonder Woman were given more of the spotlight. In the film, Red Son’s version of Bruce Wayne was imprisoned at the underground prison camp from earlier. His parents died of famine instead of murdered by Pyotr, meaning Batman’s motivation for wanting to dethrone Superman is much more clear and streamlined in my opinion.

All the technical aspects of this film are on point also, from the voice acting to the music. My nerd brain tingled with excitement when I realized Lucius Malfoy was voicing Soviet-Superman #fandomcrossover, Jason Isaacs did a great job. Diedrich Bader may also be my favorite voice for Lex Luthor in a while as he brings a perfect blend of intelligence, self-confidence, and condescension to this role. I enjoyed the heck out of this film and would put it on par with its original, legendary source material.

While Superman: Red Son partially deviates from the comic book source material, the creative changes made still make the film a worthy adaptation of its comic book predecessor, making it worthy of your viewing.

Jackson RapanaMarch 17, 2020While Superman: Red Son partially deviates from the comic book source material, the creative changes made still make the film a worthy adaptation of its comic book predecessor, making it worthy of your viewing. 8.5110
Your RatingUser Rating: 0 ( 0 Votes )
Share