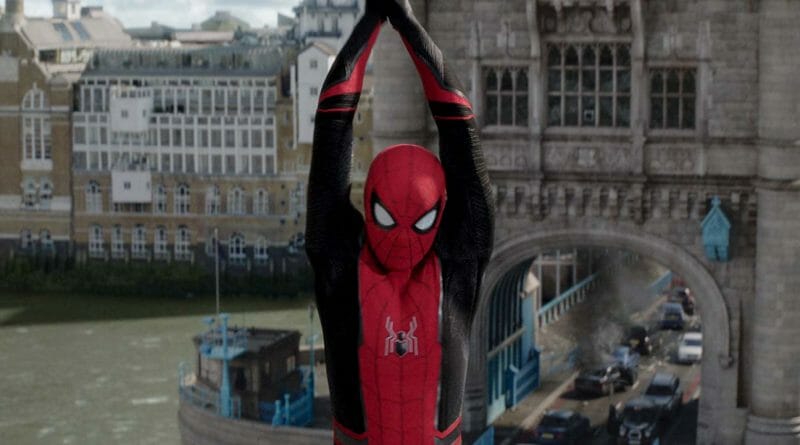 
Spider-Man: Far From Home has his way to MASSIVE Box Office numbers, coming in at $600 Million Worldwide; with MASSIVE praise from both fans, and critics alike!

While Spider-Man: Far From Home isn’t what fans would call a fully accurate Spider-Man, I personally have to fully disagree with that statement from the fans. While I do have personal gripes with the film. They’re easily washed away due to what the story tells and how it delivers its story.

Why do I disagree with fans saying this film is not fully accurate? Well, its because it really does do a great job at accurately depicting Spider-Man and Peter Parker’s pressures of juggling school, personal life, relationships and saving the world. Not only do we get an accurate and a tad bit more mature Spider-Man, but we also get a fully accurate Quentin Beck aka Mysterio, the Master of Illusion and manipulation. Who’s been in front of our noses for the entirety of the MCU so far.

Mysterio reveals that after the events of Iron Man (2008), he and his team were fired by Tony Stark for aiding Obadiah Stane in using Tony’s own tech against him. Fast forward to Captain America: Civil War (2016), Quentin reveals that he created the concept of Tony’s BARF Tech. An idea he claims Tony Stark stole and made it his own for personal therapy sessions. Which if you go back to Captain America: Civil War, Tony reveals he used it just for that, once he knew about the death of his parents.

The twists and turns of the story were great and while I went into the movie knowing those twists and turns. I still ended up falling for the illusion from Mysterio, when he made himself look like Nick Fury in order to land that “killing blow” on Spider-Man.

Jake Gyllenhaal to a degree steals the show and the limelight from Tom Holland but not in a bad way. While this is a Spider-Man movie this is also, very much, Mysterio’s movie as well. On top of that Jake and Tom had such on-screen chemistry, you would think they’ve worked together prior to making this film. The supporting cast did great in their roles as the supportive cast in terms of delivering those lines. The one-liners and of course adding to the romance and heartfelt moments of this film.

As for The Elementals they served their purpose regarding Mysterio’s personal agenda. What are they? Get his hands on the last bit of Stark Tech, take control of it and use it to create an Avengers level threat in order to destroy and save the world. While it would’ve been nice to see the real Molten Man and the real Hydro-Man. I think it was a great idea for Marvel to combine the real Elementals (comic book version of The Elementals) along with Hydro-Man and Molten Man, to deliver them as illusions created by Mysterio. And honestly, both Hydro-Man and Molten Man delivered the chaos they’re expected to deliver, wherever they decide to wreak havoc.

My only gripe with the suits is that we didn’t get that Iron Spider fight scene from the trailer and the Stealth Suit didn’t really live up to its name. I would’ve preferred it would’ve been saved for an actual live-action version of Spider-Man Noir, which we probably won’t ever get, since the Multiverse is non-existent in his film, at least (waiting on you Doctor Strange).

Overall, this movie delivers where it needs to deliver. Yes, it has some hiccups along the way and solely at the beginning of the film, to me at least. Once the movie shifts focus to Peter, Mysterio, “Nick Fury” and feeling the presence of Tony Stark in the MCU still and how his tech and his decisions will still have a lasting effect, even in the future of the MCU is great and very well done. Even if its an illusion of Undead Iron Man, which was a great nod to the Marvel Zombies comic by Robert Kirkman.

The mid-credit scene reveals, what everyone can consider the greatest contingency plan from any villain in movie history, even comic book movie history. Mysterio meets his unfortunate death during the final battle with Spider-Man but not before pulling another fast one on Spider-Man. Mysterio records his final moments but alters it and in turn, makes Spider-Man the villain of this story. But wait it gets better! To everyone’s surprise, The Daily Bugle makes its MCU debut in this mid-credit scene, along with J. Jonah Jameson played by the legendary J.K. Simmons. Rocking a new look but still having it out for Spider-Man and who doesn’t love it when J. Jonah Jameson is on the prowl to make Spider-Man look bad. Now, this can open up many doors for the MCU but we’ll save all that for the podcast. But before this scene concludes, we are hit with a real PIPE BOMB! Mysterio reveals the identity of Spider-Man to the WORLD! In an epic call back to Spider-Man: Homecoming “What the F–“, end scene.

The post credit scene, while not a shocking, it still manages to leave you in awe. Turns out we have been following Skrulls leader Talos and his wife, posing as Nick Fury and Mariah Hill this entire time, while the real Nick Fury is out in space on a mission. Now, this confirms that the Skrulls have been around for the entirety of the MCU, just like Mysterio. This also potentially sets up the full inclusion of SWORD in the movie side of the MCU, and some sort of Secret Invasion storyline for the MCU. This could all also setup anything for Captain Marvel 2.

Time will tell what the future of the MCU will hold now that the Infinity Saga is fully complete. Phase 4 announcements will commence in two weeks at San Diego and will continue in D23 Expo in August.

Spider-Man: Far From Home is now playing in theaters everywhere.