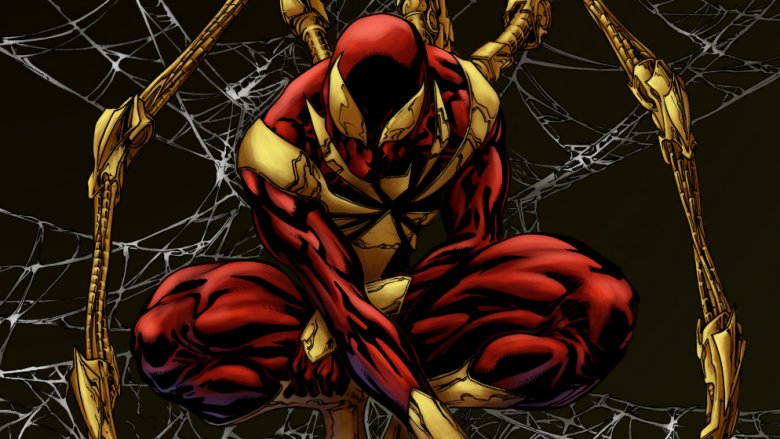 
Sony has ramped up promotion for the upcoming Spider-Man: Homecoming sequel, Spider-Man: Far From Home. In their latest tv spot, we find Peter Parker in the midst of building himself a brand new Spider Suit. In this old Tony Stark lab, Peter has two Spider Suits in the form of holograms, one being the classic Iron Spider suit seen in the Civil War comic and his original Homemade Spider Suit which was first seen in Captain America: Civil War and then again in Spider-Man: Homecoming during the final battle with the Vulture.

As we all know, the MCU version of the Iron Spider suit is vastly different compared to its comic book counterpart. Its origin still remains the same but the design itself, while holds true to the comic book look in terms of Spider Symbol and the Spider-Legs it still is its own iteration.

What’s the importance of this new tv spot and the Iron Spider hologram? It’s quite simple, Tony Stark originally modeled the Iron Spider suit after his Iron Man armor, as he did in the comics, but what made him want to change the design and the color scheme so it’s not so Iron Man-centric?

For those who keep up with us on Instagram, sometime last year we posted some unused Avengers: Infinity War concept art that featured Spider-Man wearing the original Iron Spider suit, instead of the one the came to be in the live action film.

If you look closely at the new tv spot and this unused piece on concept art, it is the exact same suit. How will this version of the Iron Spider suit come into play in Far From Home is yet to be seen, but it will be interesting to see if Spider-Man even dons this suit. How will the remnants of Tony Stark be felt throughout this film? How will Peter use Iron Man’s death as some form of inspiration for his new endeavors as the friendly neighborhood Spider-Man?