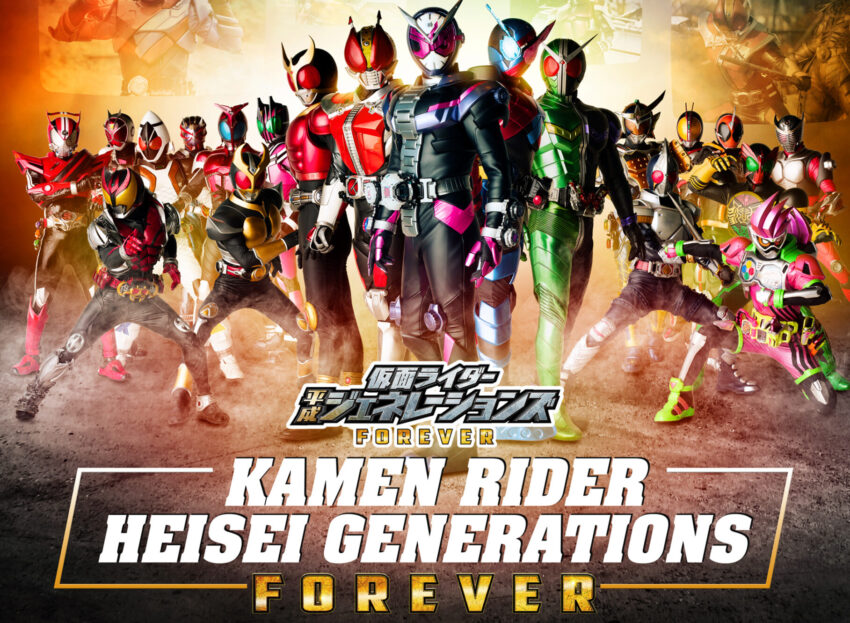 Nerdist will partner with Shout! Factory TV and Team Kamen Rider to bring fans an exclusive virtual panel and screening of Kamen Rider Heisei Generations FOREVER as part of the Nerdist House 2020 programming slate. More details and announcements about Nerdist House are forthcoming, but fans of the iconic Kamen Rider should mark their calendars for a July 11 event, which has already been teased by TokuSHOUTsu, Shout! Factory TV’s new streaming channel dedicated to tokusatsu (Japanese live-action special effects/genre shows) such as Kamen Rider, Ultraman, and Super Sentai.

Details are still being finalized, but the panel will be moderated by Nerdist’s Kyle Anderson and is set to include Team Kamen Rider, Tokunation, Tokusatsu Network, and other special guests. A special message from a Kamen Rider actor will play before the film, so fans should keep an eye on Team Kamen Rider for that reveal. Also noteworthy, Kamen Rider Heisei Generations FOREVER will not be streaming anywhere until the end of the summer, so this screening event will be fans’ only chance to watch the film until then.

Team Kamen Rider will also be doing a digital event called “Heisei Week,” with livestreams every day from July 6-11, on every Kamen Rider in the film. Head to the Team Kamen Rider website for more info and exclusive new merchandise for sale!

The Ludocrats #1 Greenlit For a Second Printing Previous post