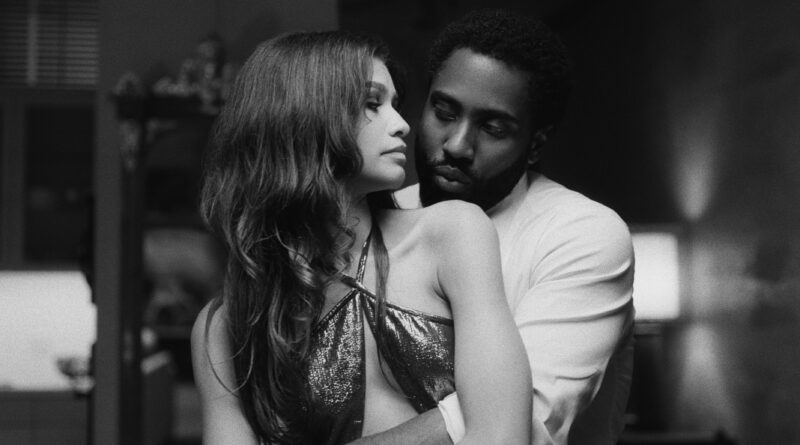 
Malcolm and Marie Is Not A Romance Film You Will Feel Good About After Watching, But Once You Start, You Will Not Be Able To Look Away

Sam Levinson’s Malcolm and Marie is an uncomfortable look inside the lives of two people who are both madly in love yet incredibly toxic towards one another. The title characters should be unlikable and unsympathetic, both throwing childish fits throughout the film, which are often outlandish, mean-spirited, and downright malicious. However, both Zendaya and John David Washington are so intoxicating in their roles, that they are able to take these vindictive characters and make us care about their relationship, despite the cruel things they say to one another.

Malcolm and Marie is like being forced to sit in the company of a fighting couple, being a fly on the wall for the most aggressive and cringe-worthy argument one could bear witness to. It’s reminiscent of the most awkward encounters with real-life couples who are in the midst of separating. The arguments are harsh, visceral, and self-serving. At no point do you want one side to win, as both are equally petty.

To its credit, this is the most interesting part of the film, as the actors’ chemistry is on full display. Not only are the loving and tender moments realistic and believable, but so are the all-out verbal tirades. Malcolm and Marie are a fully realized couple with a complex and fully explored history. Each tender look between Zendaya and Washington is heartbreaking, and each pointed jab is a dagger plunged into the heart of its victim.

The movie’s central idea is the all-out, full-blown argument between a couple that is at odds with one another. However, beyond that, the film is alienating in its discussion of the process and troubles of an upcoming director, whether it be the issues of bad reviews, entitlement, or a lack of appreciation. We can connect to these characters as they feel real. Their pain is real, and their discomfort, vulnerability, and callousness are believable.

Once Malcolm grapples with his newfound notoriety and accomplishments, he goes off on filmic tangents proving his ability to be of this world. His feelings of inadequacy seem shallow as he is already fairly successful. He has achieved dreams that the majority of us will never come close to. This comes off as Levinson flexing his artistic merit, drawing attention to the things that only a select few could relate to. We are given a laundry list of names that we ought to know and feel inadequate if we have to do a Google search for the references made throughout the film.

The film is filled with ostentatious film school tropes of what great art ought to be: heavily contrasted black and white, modern art, cigarette smoke, and jazz. To Levinson’s merit he has crafted lived-in characters that are interesting and unique, though they feel as though they would be better suited on stage rather than on the screen. These are characters that yearn to be experienced by a live audience. To feel the tension and anger that surely radiated from it’s stars.

As previously mentioned, Washington and Zendaya are riveting in their roles, and are clearly at the top of their games. They are fantastic as Malcolm and Marie respectively, and both seem to revel in the emotional weight of the characters, easily tackling every emotion possible in the one hour and forty-six minute run-time. Watching Washington and Zendaya is like watching a master class in acting. Every low a train-wreck that the viewer cannot look away from, and every high an emotional sigh of relief. This is not a romance, you will not feel good after watching it, but once you start it, you will certainly not be able to look away.