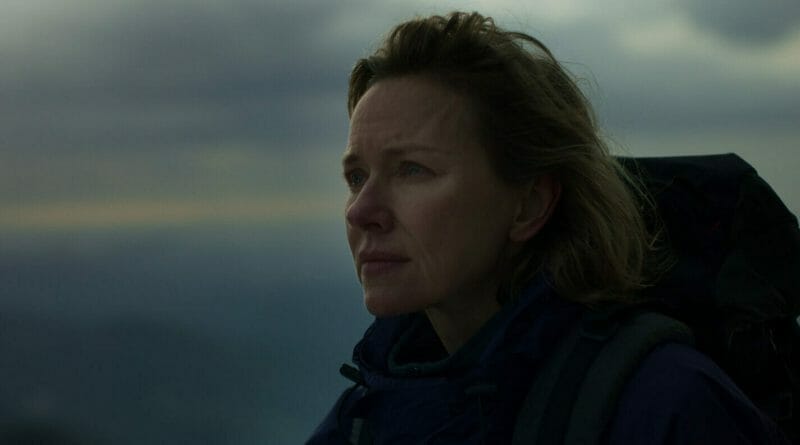 
BREAKING: Infinite Storm is too narrative-driven for a Nat-Geo presentation and too drab for a movie presentation on Univision; old people don’t know what to think!

‘Infinite Storm’ is so dull that, instead of following along to the story of perseverance and bravery, I dreamt up the latest Multiverse romp– one that would put ‘Spider-Man: No Way Home’ to shame. Are you ready? Here it is, a collection of movies within a shared universe revolving around based-on-a-true-story films. Wait– No, that universe would be too big, let’s narrow it down a bit. How about a shared universe revolving around mountain-trekking/survival-based-on-a-true-story films? Yes! That’s It!

The film would be about a team led by Leonardo DiCaprio’s character in ‘The Revenant’. Not Leonardo DiCaprio and not Hugh Glass but a self-aware hybrid that lives inside a reality between real-life and fiction. DiCaprio and his team of fictional hybrids are tasked with climbing an alternate version of Mount Everest; one that has ninjas, killer sea Urchins, and a group of wise children that reside at the top of the mountain in a Bass Pro Shops. Someone has taken the kids hostage at the top and DiCaprio’s team must eliminate the threat.

The team is made up of James Franco from ‘127 Hours’, Emile Hirsch from ‘Into the Wild’, Naomi Watts from ‘Infinite Storm’ (Ha!), and Robert Redford from ‘All is Lost’. Together they climb the mutant mountain to save the kids. They climb, they fight ninjas, climb some more, fight killer sea urchins, climb even more until they get to the Bass Pro Shops at the top. They find the kids have been taken hostage by Lin Manuel Miranda’s character in ‘Hamilton’.

Again, not Miranda and not Hamilton, but a hybrid. He sought out the wise children to help him end this excruciating life as a hybrid and yearns to only be known as Hamilton. A fight breaks out between the team and Miranda’s character that ends with Franco’s arm cut off, Redford dead, and Watts badly injured. DiCaprio gets the best of Hamilton and he dies asking DiCaprio to tell his story.

As ridiculous as it sounds, this film would have been worlds more interesting than ‘Infinite Storm’. A duller than dull, long-winded survival story that’s buoyed by its potential as old people’s new favorite movie. There is a market for these based-on-a-true-story films but they can seldom be accessed on the big screen. So where can this film go? Dinnertime slots on public television. Characters that remain unchanged, heroism in the face of the elements, mindless action all attract the old people audience like a moth to the flame.

‘Infinite Storm’ follows the valiant journey of Pam Bales as she treks through a violent storm to save John, a suicidal hiker who doesn’t want to be saved. With the stakes as high as the mountain itself and with just about as little imagination as possible, the ending comes with full predictability but none of the triumph. Instead of a steady and even race to the end, we trudge through flashbacks and self-indulgent sequences that slow down the entire film. It’s a commitment to sit through that I feel would even turn off audiences older than the age of 65.

‘Infinite Storm’ is a feature that makes Hollywood’s eagerness to purchase the rights to every true story much more evident. Though a film about Pam Bales and her brave act of selflessness could bring rewarding results, the decisions to tell these stories cinematically are done too fast and with not enough thought. The only decision made out of sound mind that was made was the casting of Naomi Watts in the lead role.

Her performance is tender and depicts a person that not only loves to do what they do but HAS to do what they do for psychological balance. In the end, a central performance cannot carry uninteresting direction and bland writing. In the end, ‘Infinite Storm’ doesn’t satisfy and it doesn’t entertain, that is unless you are over the age of 65. Then, of course, you will find your National Geographic movie presentation quite riveting.