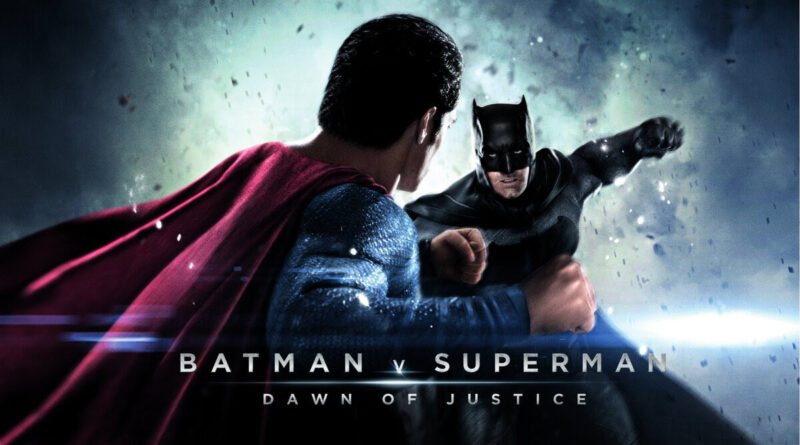 In “Captain Marvel,” Captain Marvel is an extraterrestrial Kree warrior who finds herself caught in the middle of an intergalactic battle between her people and the Skrulls. Living on Earth in 1995, she keeps having recurring memories of another life as U.S. Air Force pilot Carol Danvers. With help from Nick Fury, Captain Marvel tries to uncover the secrets of her past while harnessing her special superpowers to end the war with the evil Skrulls. Based on the comic books, “Captain Marvel” stars Brie Larson, Samuel L. Jackson, Ben Mendelsohn, Jude Law, Anette Bening, Djimon Hounsou, Lee Pace, Lashana Lynch, and Gemma Chan.

Details and Air Times For The DC Film Marathon Can Be Found Below:

Friday, January 8 at 8:00 p.m. ET/PT and Saturday, January 9 at 5:30 p.m.ET/PT
Amy Adams, Jeremy Irons, Joe Morton, J. K. Simmons, Ben Affleck, Henry Cavill, Ray Fisher, Ezra Miller, Jason Momoa, Gal Gadot.  Fueled by his restored faith in humanity and inspired by Superman’s selfless act, Bruce Wayne enlists newfound ally Diana Prince to face an even greater threat. Together, Batman and Wonder Woman work quickly to recruit a team to stand against this newly awakened enemy. Despite the formation of an unprecedented league of heroes, Batman, Wonder Woman, Aquaman, Cyborg and the Flash, it may be too late to save the planet from an assault of catastrophic proportions.

Saturday, January 9 at 12:00 p.m. and 11:00 p.m. ET/PT
Christian Bale, Michael Caine, Katie Holmes, Gary Oldman, Morgan Freeman, Rutger Hauer, Liam Neeson, Cillian Murphy, Tom Wilkinson.  A young Bruce Wayne travels to the Far East, where he’s trained in the martial arts by Henri Ducard, a member of the mysterious League of Shadows. When Ducard reveals the League’s true purpose, Wayne returns to Gotham intent on cleaning up the city without resorting to murder. With the help of Alfred, his loyal butler, and Lucius Fox, a tech expert at Wayne Enterprises, Batman is born.

Saturday, January 9 at 8:00 p.m. ET/PT and Sunday, January 10 at 5:00 p.m. ET/PT
Chris Pine, Robin Wright, Danny Huston, Connie Nielsen, David Thewlis, Gal Gadot.  Before she was Wonder Woman, she was Diana, princess of the Amazons: trained to be a warrior. An American pilot crashes on their shores and tells of a massive conflict raging in the outside world, Diana leaves her home to stop the threat.

Sunday, January 10 at 11:00 a.m. ET/PT
Amy Adams, Jesse Eisenberg, Diane Lane, Laurence Fishburne, Jeremy Irons, Ben Affleck, Henry Cavill, Gal Gadot.  It’s been nearly two years since Superman’s colossal battle with Zod devastated the city of Metropolis. The loss of life and collateral damage left many feeling angry and helpless, including crime-fighting billionaire Bruce Wayne. Convinced that Superman is now a threat to humanity, Batman embarks on a personal vendetta to end his reign on Earth, while the conniving Lex Luthor launches his own crusade against the Man of Steel.

But when the world needs stability the most, it comes under attack. Will his abilities be used to maintain peace or ultimately used to divide and conquer? Clark must become the hero known as “Superman,” not only to shine as the world’s last beacon of hope but to protect the ones he loves.