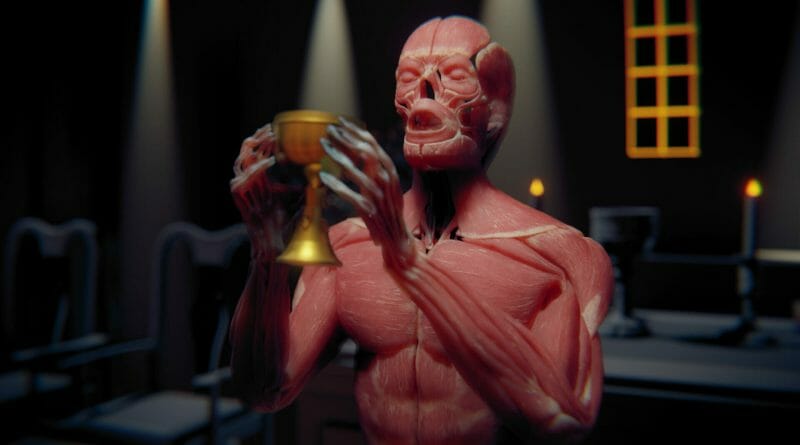 
A Glitch in the Matrix provides a well-balanced look at the potentially troubling world of simulation theory and those who believe in it, despite having a few shortcomings.

A Glitch in the Matrix is many things, it is a reverent look at the simulation hypothesis, or simulation theory, as told by Nick Bostrom, the foremost scholar on the subject; an exploration of the ideas presented in Wachowski’s The Matrix; a dive into the philosophy of Philip K. Dick; and anecdotal conversations with multiple believers of the idea that we are presently living in a computer simulation.

Rodney Ascher’s latest documentary serves as an introduction to simulation theory, a favorite of Elon Musk, and an idea that many of us are already familiar with, to varying levels of understanding. Simulation theory gets its name from the philosophical problem that we are all living inside of a computer simulation. To put it bluntly, it proposes that we live in a world that does not actually exist, or rather, a world that is not the “true” or “real” world. Instead, we are all plugged into a network of neural connections, and the world around us is presented to use through a computer of immense processing power.

The idea of simulation theory was introduced to the general public through The Matrix film series. As you are well aware, Neo, the film’s protagonist, is living in a realistic computer-generated world, only to wake up and find himself in a futuristic dystopian world, wherein machines harvest human beings and control everything inside the simulation, known as the Matrix. What’s most interesting in the documentary is the frequency in which the film is referenced, and notably absent is anyone who was involved in the making of the movies.

They are neither interviewed nor are the intentions of the filmmakers ever made clear. It feels like a missed opportunity to have engaged in a conversation with either of the Wachowskis, or either Lana or Lilly. Hell, I would have settled for an interview with Marcus Chong (who notoriously sued the studio for $1 million, for having been cut from the film by the Wachowskis, and made his own youtube documentary about it in 2018, called The Marcus Chong Story). Not that I was expecting a documentary about The Matrix, but an increased look at the film that gave simulation theory a world-wide audience, seems appropriate.

The film is split up into five parts all beginning with the same interview with Philip K. Dick, at the 1977 Metz science fiction conference; wherein, Dick theorizes the possibility that we are all living inside of a computer-generated reality. Similar to the issue in discussing The Matrix there is not a ton of information on Dick here either. The film seemingly places much of the simulation theories prevalent on the ideas of Dick; however, the man himself is shrouded in mystery, at least as far as this film goes.

I think that A Glitch in the Matrix tries to tackle almost too much information in its two-hour runtime, and I believe that it would have been a much stronger documentary had it been a docu-series. Now, of course, I do not blame the filmmakers for this, but rather the subject. Simulation theory as an idea can be very convoluted, and it will take a lot to engage someone who does not have experience in dealing with some of these abstract ideas. Granted, the film does not spend all of its time tackling heady subject matter, and also points to more well-known phenomena such as déjà vu and the Mandela effect.

To the film’s merit, it is really well made and engaging, the graphics are really well made, but can be silly at times, especially when many of the interviewees/believers are replaced by science fiction and video game inspired avatars. These interviews can be distracting and odd at times, especially when we see these computer-generated creatures taking residence in mundane places, such as each individual’s computer room.

Overall the graphics are interesting and inspired, it is through these graphics that the film’s creativity comes to the surface. Simulation theory doesn’t always make for the most interesting of subjects, but the visuals here often carry the film in these moments. I applaud Ascher and his team for finding and incorporating many examples and clips that are relevant, timely, and entertaining. It would be a crime not to mention Johnathan Snipes’ score, which is beautiful, haunting, and mesmerizing all at once.

A Glitch in the Matrix is certainly not a film that everyone will enjoy, it does not posit simulation theory as fact, nor does it attempt to disprove it. The film finds its strengths in the questions that bubble to the surface. Though one of its strongest segments sways into the realm of true crime, dealing with Joshua Cooke’s 2003 violent murder of his parents.

Like many of the other believers interviewed for this film, Cooke believed himself to be living in a simulated world, specifically believing that he was in living in The Matrix, as presented in the film. Though the other believers shown in the film are not violent, nor do they seem to impose their ideas on others, the documentary does pose the question of whether or not simulation theory can be problematic, dangerous, or delusional.

With a new Matrix set to release later in the year, I found this documentary causing me to ask myself if this is a reasonable and/or responsible thing to do. Should the Wachowskis introduce another generation to this theory? With improved visual effects, not limited to the computer power of 2003, could these ideas lead to another Joshua Cooke?

The documentary frequently makes reference to the relationship between simulation theory and religion, showing them not in juxtaposition, but rather two sides of the same coin. With religion on the decline across many parts of the world, I must wonder if simulation theory will develop further; providing answers for those who are lost in a technologically advancing and isolating world; and leading to the prophesying of those of Philip K. Dick, the Wachowskis, Elon Musk, and Nick Bostrom.