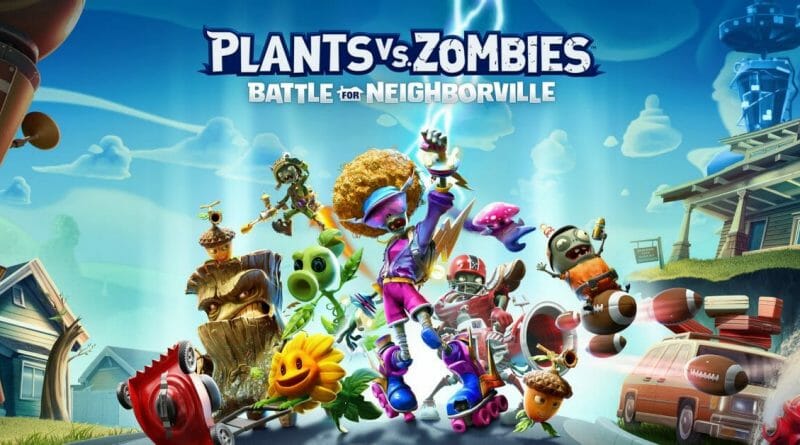 
The Clash Between Flora and Undead Is Now on Nintendo Switch™ With Plants vs Zombies: Battle for Neighborville™ Complete Edition

Plants vs Zombies: Battle for NeighborvilleComplete Edition is the first EA title to take advantage of the Frostbite™ engine’s capabilities on Nintendo Switch — optimizing the visual and audio experience specifically for the platform. The Frostbite engine has also been updated to support Nintendo Switch-specific features like motion controls and touch screen input, creating a completely seamless experience whether in TV Mode, Handheld Mode, and Tabletop Mode.

“Our fans have been asking for a Plants vs. Zombies game on the Nintendo Switch and we’re happy we’re able to finally deliver that to them with the Complete Edition,” said Melvin Teo, Producer at PopCap Vancouver. “The updates we’ve made to the game and controls makes for a great experience and now Nintendo players can join in on the fun, quirky and humorous gameplay, whether they’re on the go or connected to a big screen. We guarantee that the battle between flora and undead will keep them engaged for hours.”

In Plants vs Zombies: Battle For Neighborville Complete Edition, players embark on eccentric missions to defeat epic bosses, collect impressive medals, and unlock dangerously superb outfits. Additionally, players can access all 23 fully customizable characters, including a Team Play class for each faction, and all cosmetic items released – now available as in-game unlockables, without any premium store or currency. Plants vs Zombies: Battle For Neighborville Complete Edition players can play offline, or vanish, opponents, blast gnome bombs and bounce on pink ooze with three friends or in an 8v8 multiplayer session, using the Nintendo Switch motion controls for aiming, with a full range of settings to customize to their playstyle.

Co-developed by PopCap Vancouver and QLOC S.A., Plants vs. Zombies: Battle For Neighborville Complete Edition is now available for $39.99 on Nintendo Switch.