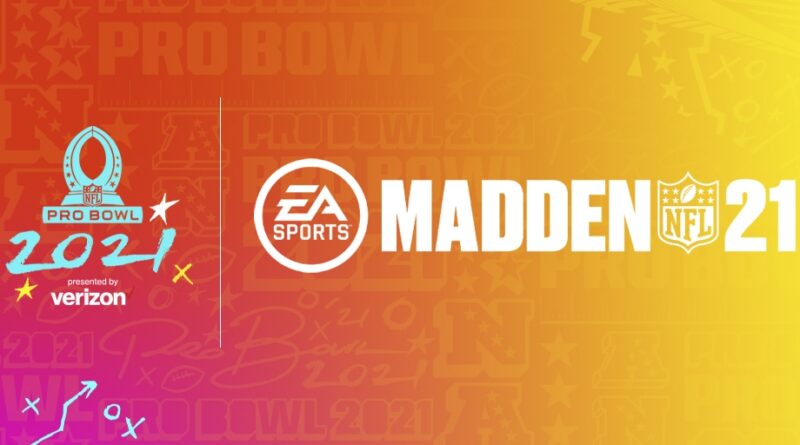 Today, the National Football League (NFL) and Electronic Arts (NASDAQ: EA) announced plans to transform the 2021 NFL Pro Bowl presented by Verizon by going virtual in Madden NFL 21. The opening of the Pro Bowl Fan Vote presented by Verizon also kicks-off today, along with the unveiling of early details of an all-new virtual Pro Bowl experience within Madden NFL 21. After the announcement that the Pro Bowl game will not be played in Allegiant Stadium in 2021, the NFL will incorporate several additional elements that will ultimately comprise this new virtual Pro Bowl experience.

EA SPORTS and the NFL will create a week-long series of matchups featuring celebrities, NFL Legends, current players, and streamers playing as the official Pro Bowl rosters in Madden NFL 21. These matchups will culminate in an action-packed virtual Pro Bowl game played with 2021 Pro Bowl players facing off within Madden NFL 21. These virtual games will be available for fans to watch across a variety of platforms. Additionally, for players of Madden NFL 21, EA SPORTS will be dropping new Pro Bowl content in-game so that players worldwide can play out the AFC vs. NFC matchup themselves.

“Even amidst unparalleled change across the sports industry, we are excited to transition many of the signature components of the Pro Bowl-which will go virtual in Madden NFL 21– into a new innovative experience for our players and fans. We remain committed to using our Pro Bowl platform to empower fans to virtually celebrate the best players in the game,” said Peter O’Reilly, NFL EVP of Club Business and Events. “Our partners at EA SPORTS and Verizon are uniquely positioned to help the NFL make the transformation of this high-profile event from live to virtual possible, and we look forward to working closely with them to deliver this unprecedented experience to fans.”

“We are transforming the Pro Bowl for fans everywhere and bringing another amazing NFL experience to life in the way only Madden NFL can,” said Chris Bruzzo, Electronic Arts EVP of Marketing, Commercial & Positive Play. “We’re excited to work closely with the NFL, our long-time partner, to move the Pro Bowl to the virtual fields of Madden NFL and be part of the first high-profile sporting event to go virtual. Our community is hungry for more interactive experiences, so we are always working to create more opportunities to bring them closer to the sports they love.”

Starting today, fans can show their support for their favorite players by voting for them to be named to the 2021 Pro Bowl presented by the Verizon roster. Additionally, the NFL will leverage social media platforms to showcase its players’ incredible athletic accomplishments and competitive nature, while also highlighting their unique personalities off the gridiron.

Fans have the opportunity to vote for the Pro Bowl presented by Verizon roster as often as they’d like starting today until Thursday, December 17 across a variety of platforms, including:

NFL players and coaches will cast their votes on Friday, December 18. Player selections will be determined by the consensus votes of fans, players, and coaches, with each group’s vote counting as one-third toward determining the All-Star players who will be selected to this year’s Virtual Pro Bowl. The NFL is the only sports league that combines voting by fans, coaches, and players to determine its Pro Bowl teams.

The NFL, ESPN, and ABC will continue working together on Pro Bowl, creating engaging content from the start of the Pro Bowl vote all the way through the traditional Pro Bowl week and gameday. The week-long series of virtual events celebrating the Pro Bowl will be featured in a special program, which will air on ESPN and ABC. More detail to be announced at a later date.

The following is a breakdown of positions and the corresponding numbers of players who will be selected (88 total in each conference) for the 2021 Pro Bowl presented by Verizon: