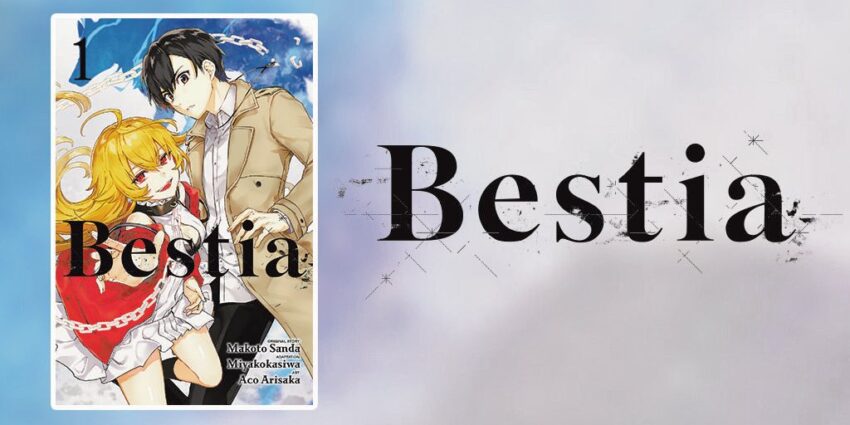 News of a new fantasy adventure manga series launch from Yen Press as the publisher details the release of Bestia.

The series was highlighted in a Tweet from Yen Press:

Bestia Volume 1 is available now and features story by Makoto Sanda and artwork by Miyakokashiwa.

Chasing a faint memory from childhood, Asuka Tsukasa travels to London…and falls headlong into fantasy, intrigue, and the piercing gaze of a beautiful beast girl!

“Asuka, you are my keeper.”

Asuka Tsukasa has an irrational fear of animals, especially dogs — which makes studying abroad in London, city of dog lovers, a bit of a challenge for him. There, in his vanished mother’s hometown, he hopes to find a clue to her whereabouts and to meet the mysterious smiling girl from his dreams. But life only gets harder for this zoophobe when he’s invited to join a secret organization that seeks to coexist with beasts and protect the world from the ones that go out of control. At least he gets to meet that girl-though she turns out.

For more news on Bestia and other upcoming Yen Press projects, make sure to keep it locked right here at The Nerdy Basement. Also, while you’re here, consider supporting us on Patreon. It’s a simple way of supporting us so we can keep on providing you with your Nerdy News!