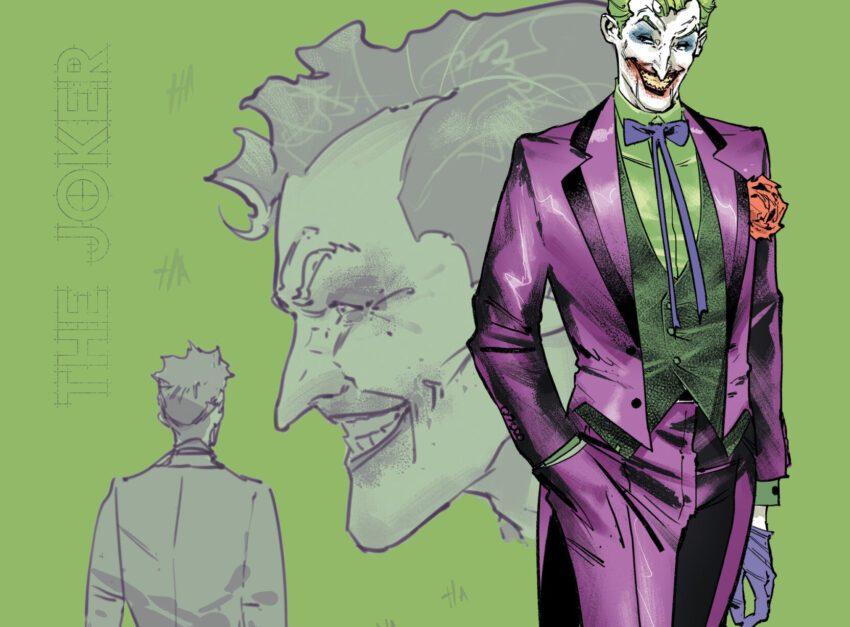 Home Comics From “Their Dark Designs” to “The Joker War,” Jorge Jiménez’s Character Designs Showcase the Cast of Batman with New Faces and Old Friends
Comics

From “Their Dark Designs” to “The Joker War,” Jorge Jiménez’s Character Designs Showcase the Cast of Batman with New Faces and Old Friends

James Tynion IV, Jorge Jiménez and Guillem March’s Batman run has introduced novel new characters to the Batman mythos, and one of the most anticipated moments lands today in Batman #92, as Punchline comes face to face with Harley Quinn!

With “The Joker War” approaching, fans will meet even more new characters created by Tynion IV and Jiménez. Punchline, the Designer, the Underbroker, Clownhunter and more—new characters created for “The Joker War” by James Tynion IV and Jorge Jiménez—join Batman’s most famous friends and foes on 1:25 card stock variant covers of every issue from Batman #92 through #100! Each cover features Jiménez’s design work, showing off his process of crafting Gotham’s newest residents, or his distinct interpretations of its familiar faces.

The 1:25 covers feature Jiménez’s illustrations of the following characters:

Each cover is available to comic book retailers who order at least 25 copies of Batman #92 through #100, the climactic final issue of “The Joker War.” Batman #92 is on sale now, and “The Joker War” starts in July’s Batman #95. Check out the store near you to see what covers they’ll be ordering! For a list of open and operating comic book stores, check out the DC Comic Shop tracker at www/dccomics.com/comicshoptracker.

For more DC Comics news, make sure to keep it locked here at The Nerdy Basement. Consider supporting us on Patreon as well! It’s a simple way of supporting us so we can keep on providing you with your Nerdy News!