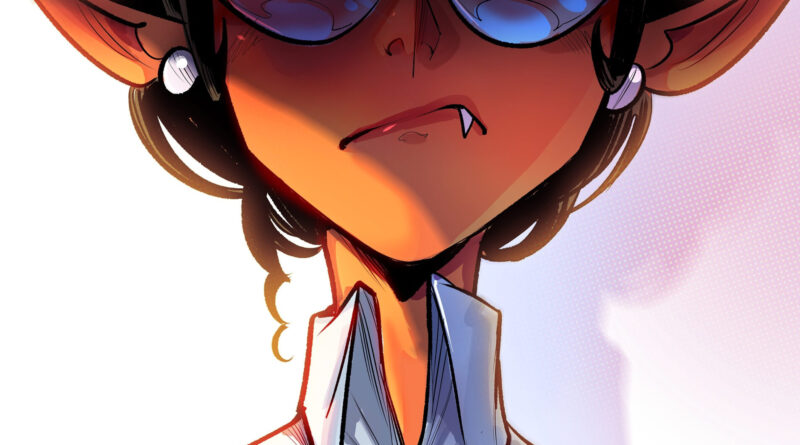 The comic book series, written and drawn by Andolfo, has been announced in Italy by Edizioni Star Comics (the Italian largest manga publishing house) and will be published in France as well (Éditions Glénat). This sexy, intriguing, new book is produced by Arancia Studio—the Italian media company which worked on Mirka Andolfo’s bestselling Image Comics titles and with the surprising Commanders in Crisis—and will launch from Image Comics in July 2021.

A sexy rom-com (with reversed roles), Sweet Paprika is Bridget Jones’s Diary meets Sex And The City, with a twist of The Devil Wears Prada: a fun and captivating contemporary fairy tale—halfway between western comics and manga-style—and set in a universe populated by angels and devils. The sensual component that constantly recurs in Andolfo’s works gives life to sexy and hilarious scenes, without neglecting the themes dear to the author, such as the harsh reality that career women are forced to live and the difficulty in balancing private life and work.

Paprika, a young woman of Italian origins living in New York, is a workaholic: success has sucked up her life, making her forget the importance of time for herself and for her loved ones. To bring havoc in her life will be Dill, a naive and handsome boy with an “angelic” otherworldly attitude, who will push the young woman to question herself and help her regain confidence in herself and in men. Their totally opposite characters and lifestyles will give life to a fun and irresistible stories, seasoned with a pinch of eroticism.

“I am really thrilled,” said Andolfo. “I couldn’t wait to talk about Paprika, after months of working in silence. It is the first time that I let the manga influence in one of my works shine through so much, and this excites me very much: the fact that I found total trust and support from Image Comics, Star Comics and Glénat is the icing on the cake!”

Andolfo’s fans already showed their enormous appreciation for the characters with hundreds of thousands of interactions on the sketches and gags posted by the creator on her social media.

For more comic book news and reviews make sure to keep it locked right here atThe Nerdy Basement. And while you’re here, consider supporting us on Patreon. It’s a   simple way of supporting us so we can keep on providing you with your Nerdy News!