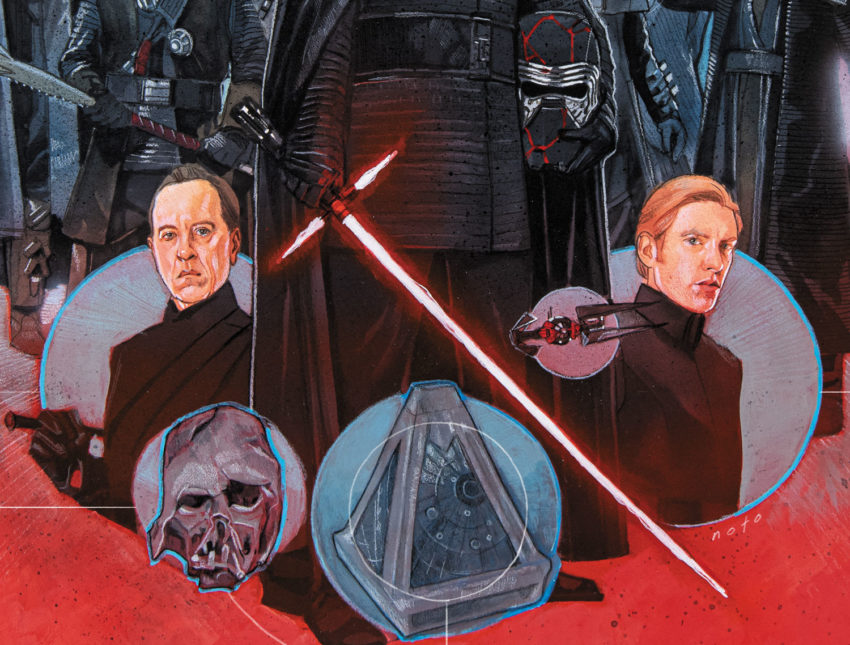 Writer Jody Houser (Star Wars: TIE Fighter) and artist Will Sliney (Star Wars: The Rise of Kylo Ren) will be teaming up to retell this epic story in STAR WARS: THE RISE OF SKYWALKER ADAPTATION #1. In addition to the shocking twists and turns that were present in the film, the five-issue limited series will also have brand-new story material for readers to enjoy!

“As a lifelong Star Wars fan, it was an honor to be asked to be a part of wrapping up the Skywalker saga with Marvel Comics,” Houser said. “We have some fun plans to add scenes and material that weren’t seen in the movie.”

Relive Rey’s quest, the Resistance’s desperate last stand, and the return of an old enemy when STAR WARS: THE RISE OF SKYWALKER ADAPTATION #1 hits stands this June!

FROM BEYOND THE OUTER RIM, AN OLD ENEMY RETURNS! REY and the RESISTANCE set out on a desperate quest to stop the threat of the FINAL ORDER! Can they succeed where Jedi Master LUKE SKYWALKER himself failed? And what is KYLO REN’S real goal in partnering with the resurrected PALPATINE? The landmark Skywalker saga is adapted by Jody (TIE FIGHTER) Houser and Will Sliney (THE RISE OF KYLO REN). Featuring extended and deleted scenes.

STAR WARS: THE RISE OF SKYWALKER ADAPTATION #1 (of 5)

Art by WILL SLINEY

It seems like Marvel Comics is looking right some wrongs with some of the creative decisions made in Star Wars: The Rise of Skywalker. Marvel Comics has made it a common theme to have a bulk of the crucial Star Wars plot lines in the comic books as opposed to having them in the film. Of course, Marvel Comics isn’t to really blame for that. It seems that after severe backlash for Star Wars: The Rise of Skywalker, Marvel has to course-correct with a retelling of the film’s story and some newly added plot details.

Despite how anyone feels about it, it should be a nice read nonetheless.