The Squad is back!

DC Comics has announced via a press release last week that The Suicide Squad will be relaunching a brand new ongoing series this upcoming December. With them, the creative team of writer Tom Taylor and artists Bruno Redondo doing interiors with Ivan Reis and Joe Prado doing covers.

Taylor and Redondo have had a great run as the creative team behind the Injustice 2 series for DC. For weeks, they both have been teasing about working on an upcoming yet secretive project on social media platforms. Redondo had also posted concept character sketches with the hashtag “#SquadGoals”.

Keen eyes started putting two and two together and it was being hinted at The Suicide Squad or at least, some involvement with them. Then, all was confirmed as DC shared the news via its press release, followed shortly by Taylor and Redondo who acknowledged in return. The press release offered the following description of the new ongoing series:

“This Squad’s new mission is to neutralize a new group of international super-terrorists known as the Revolutionaries – and not everyone on either side will make it out alive!” reads DC’s description of the book. “But when the U.S. government’s most deniable team of antiheroes realizes that the surviving Revolutionaries will be joining the Squad, that’s when the fireworks really begin!”

The creative team will tackle what the publisher describes as whole new ‘Task Force X’, bringing in some favorites (Harley Quinn, Deadshot), some returns (King Shark) as well as some new faces (Zebra-Man, The Cavalier, and Magpie) as seen on the cover by Reis and Prado! In keeping with Task Force X’s credo of everyone is expendable, Taylor has promised new members coming and going, therefore shaking things up with a rotating roster. To further complicate things, the press release also confessed that Amanda Waller is out! – There’s a new person in charge that will be pulling the strings for the merry bunch and who will be just as ruthless as its predecessor! 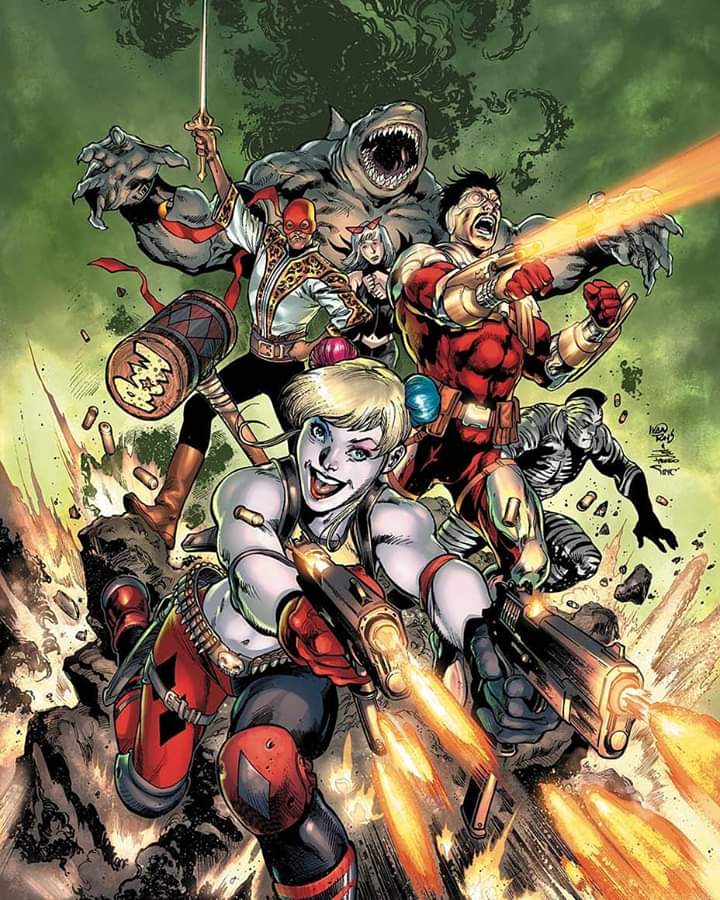