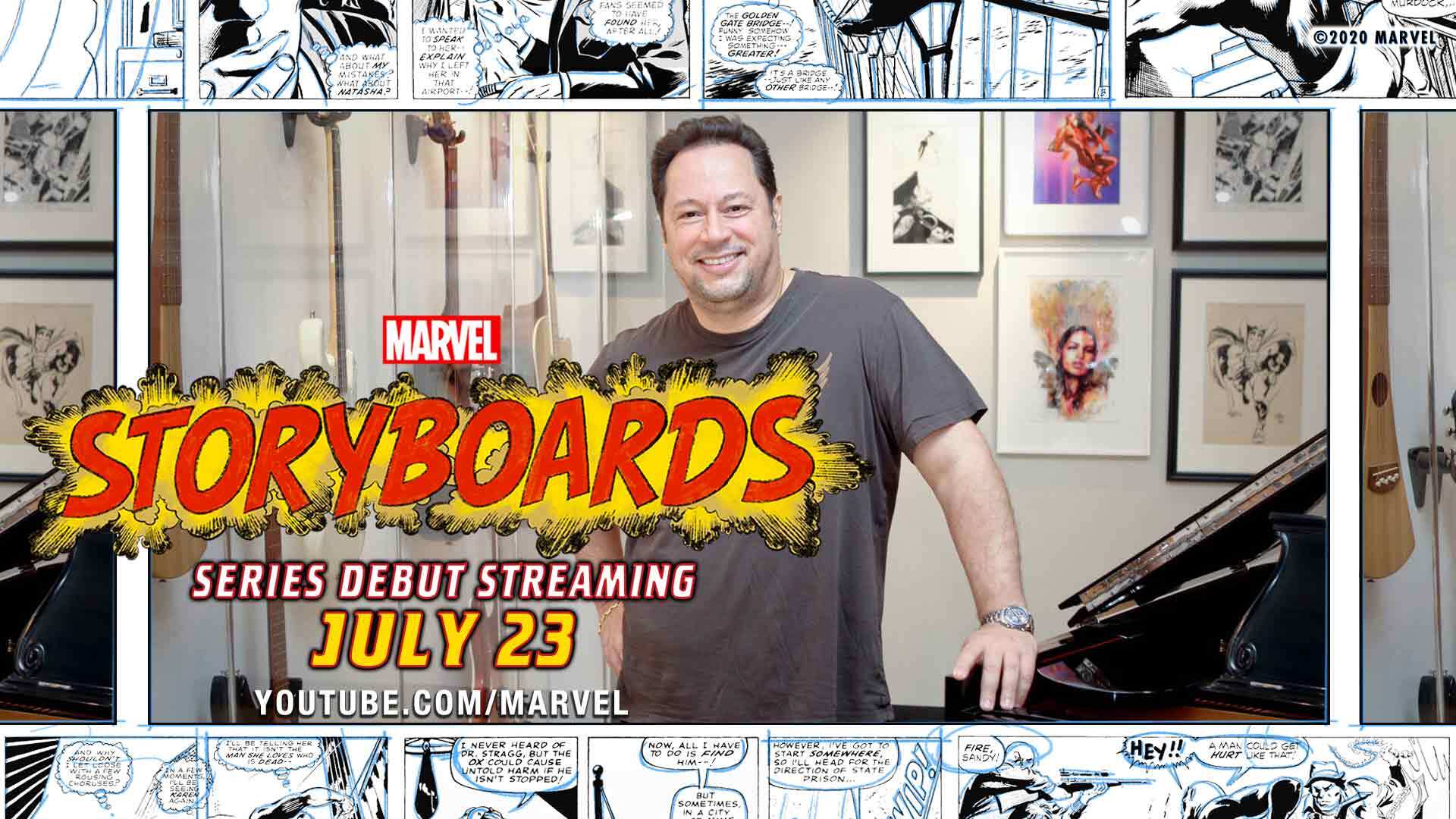 Marvel Entertainment surprised fans everywhere by announcing Marvel’s Storyboards will premiere this Thursday, July 23 with an episode featuring Hugh Jackman! Fans will be able to tune in to the first season of Marvel’s Storyboards on Marvel’s YouTube channel and Marvel.com this summer – all for free!

Check out the trailer for Marvel’s Storyboards, and follow Joe Quesada, EVP, Creative Director of Marvel Entertainment, as he explores the origin stories and inspirations of storytellers of all mediums, backgrounds, and experiences at their favorite spots throughout New York City and beyond. Learn more about Marvel’s Storyboards on Marvel.com, and tune in to the Marvel’s Storyboards panel this Thursday at Comic-Con@Home!

Marvel Executive VP, Creative Director Joe Quesada shares an inside look at his new docu-series, Marvel’s Storyboards. In conversation with Marvel VP of Content Stephen Wacker, Joe highlights how the personal and the professional intersect in his own life, and in those of the show’s guests: an A-list mix of storytellers across comics, theatre, film, and more.

For more than 20 years, Quesada has overseen stories at the House of Ideas in the worlds of publishing, film, animation, and television, serving as both Marvel’s Chief Creative Officer and Editor-in-Chief. During his 10-year tenure as Editor-in-Chief (the longest term since Stan Lee held the position), Marvel underwent a creative boom and became home to the comic industry’s greatest talents, which continues to hold true today. As CCO, he brought that same vision to the whole of Marvel Entertainment, and he began to explore more stories in unexpected places.

In addition to Marvel’s Storyboards, Quesada serves as Executive Producer on “Marvel’s Agents of S.H.I.E.L.D.” for ABC, “Marvel’s Hero Project” and “Marvel 616” for Disney+, and Marvel’s animation projects including Marvel Rising. Stay tuned to Marvel’s YouTube channel and social channels for the first season of Marvel’s Storyboards each week this summer – and for season 2 later this year!

Marvel’s Storyboards Season 1 and 2 are produced by Marvel New Media and BFD Productions. The series is presented by State Farm®. Tune in to starting Thursday, July 23!