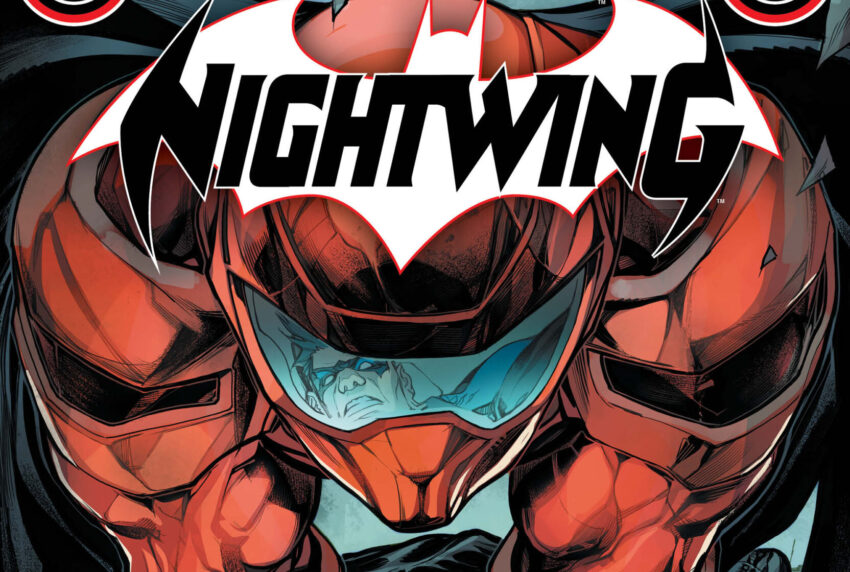 Nightwing and the Condors Fly Together!

Finally we get Nightwing back in action!! This issue is written by Dan Jurgens with art by Inaki Miranda. I’m not sure if I loved this issue because I miss seeing him in his main title or if the story was just that good but… I Loved This Story!! The artwork was fantastic, the images of the Nightwing suit, the villains, the Condors, everything was just done beautifully and it perfectly complemented the story Jurgens was telling.

This story begins in present-day, which is technically a few weeks ago, where a surveillance group known as Condor is going over video footage of a fight Condor Red vs Talon (Ric Grayson). The leader of the Condors, Ms. Jacqueline Hale, is the first to notice something familiar about the movements of this Talon and she puts two and two together, this Talon is actually Nightwing. From there we go into a flashback, 18 months ago the Villain Blockbuster attempting to take over Blüdhaven’s crime empire by removing the bosses. Our hero in blue takes on a  mini-militia armed to the teeth and after a lengthy battle, our hero falls victim thanks to a gas canister. Thankfully the Condors have been keeping an eye on the battle and Condor Red swoops in for the rescue.

Back at the Condor Base Nightwing is recovering when Ms. Hale suggest that with his skills he would be a perfect fit for their team. Nightwing declines the offer but accepts their help just this once. Condor suits him up in an oddly specific armor that looks to be designed in his costumes image, Nightwing defeats the hired goons and also takes down the big bad boss Blockbuster. To end the issue we go back to “present day” where Ms. Hale again says she isn’t done trying to recruit Nightwing.

There was a lot to love with this issue, the story was great, the characters were portrayed great and the design and artwork were phenomenal. I honestly just really enjoyed reading a story where Nightwing felt like himself again, he was tough and badass cracking jokes during the battle and while he was talking with Ms. Hale the charisma and the flirtatiousness jumped off the panel. We also can’t forget that the ending of this issue left it wide open for the story to continue, will Nightwing be talked into joining the Condors at some later point? This is what we want from a Nightwing series! I cannot say enough good things. Go get your copy.

For more comic book news and reviews make sure to keep it locked right here at The Nerdy Basement Comics. Also, while you’re here, consider supporting us on Patreon. It’s a simple way of supporting us so we can keep on providing you with your Nerdy News!

This issue is fun and full of action, definitely all the things we enjoy from a Nightwing story.

Miguel MartinezJune 16, 2020This issue is fun and full of action, definitely all the things we enjoy from a Nightwing story.9.0110
Your RatingUser Rating: 0 ( 0 Votes )
Share