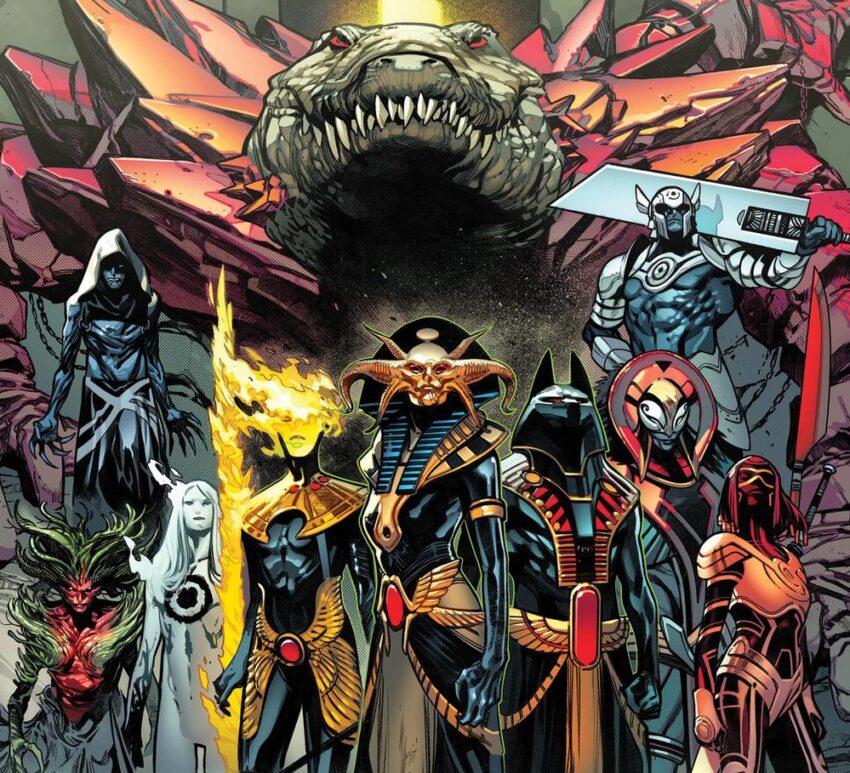 Today, Marvel released its special edition of THE PULL LIST, unveiling exclusive information for the hottest books coming to comic shops this October!

Tucker Markus took the reins of this special previews announcement solo, presenting the first look at a few bleeding-edge Marvel comics, with info all about new series, art, and creative teams heading to your local comic shop in three months! This special previews announcement gave viewers a first look at the highly anticipated X-Men crossover, X OF SWORDS and the celebration of 50 years of Conan the Barbarian’s Marvel Comics legacy in CONAN THE BARBARIAN #15 THE OFFICIAL HANDBOOK OF THE CONAN UNIVERSE ANNIVERSARY EDITION. This latest episode also teased new eras for both the Fantastic Four in FANTASTIC FOUR #25 and Captain Marvel in CAPTAIN MARVEL #25 and exciting starts for the brand new WEREWOLF BY NIGHT and the new CHAMPIONS. The Pull List also shed light on KING IN BLACK, the next chapter in Donny Cates and Ryan Stegman’s landmark run on VENOM coming in December!

For more information, check out this special episode of Marvel’s PULL LIST at https://marvel.com/octobercomics. Tune in to Marvel’s Pull List each week for more exclusive news and reveals!

THE OFFICIAL HANDBOOK OF THE CONAN UNIVERSE ANNIVERSARY EDITION

Art and Cover by RYAN STEGMAN