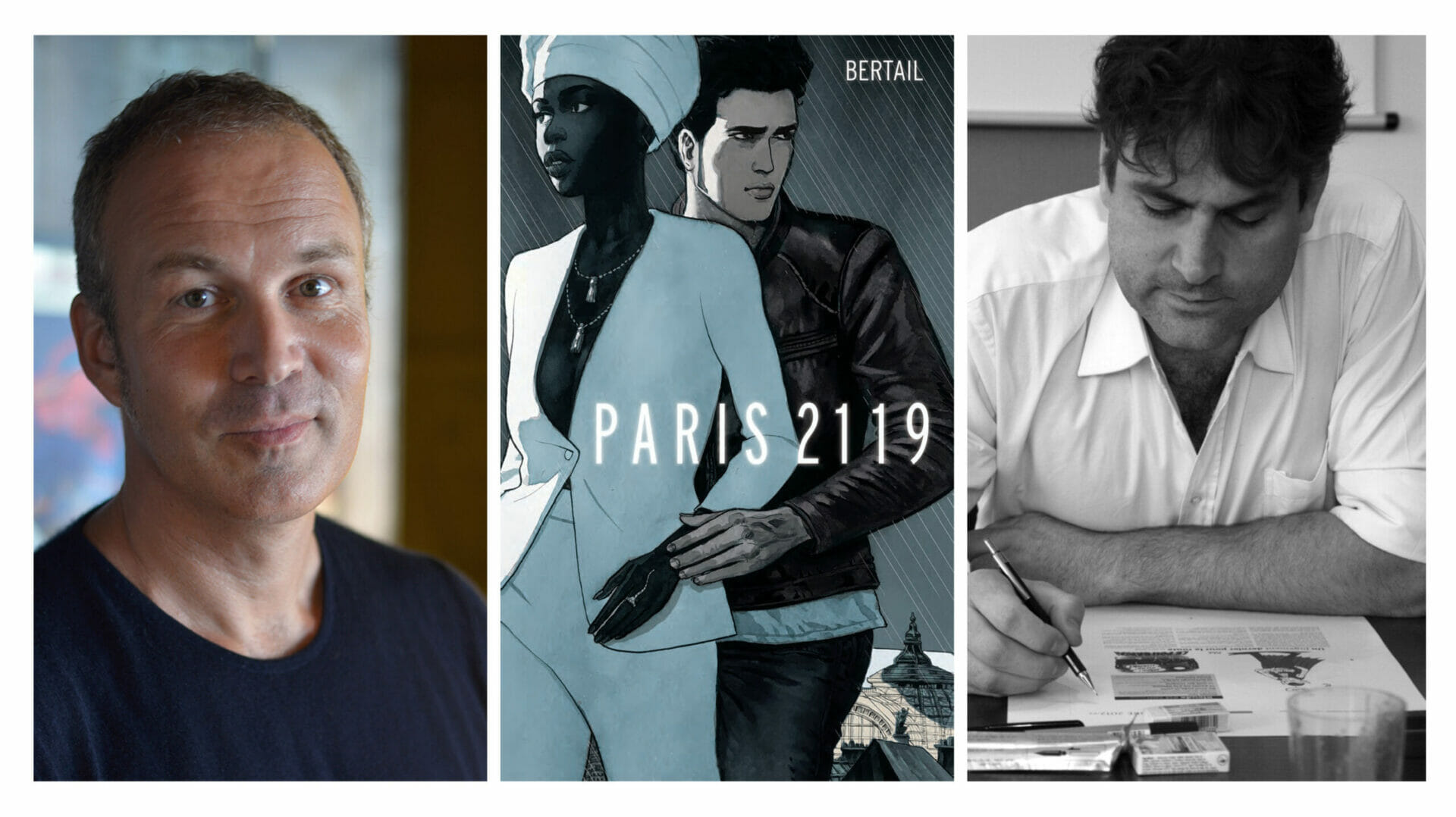 This gorgeously illustrated graphic novel aims to spotlight current social trends such as overconsumption, climate change, social media, identity theft, and transhumanism. Author Zep says that in PARIS 2119, “Technology improved our lives, but there is always a terrifying secret behind technology, and it is a secret that you better ignore to survive.” He added, “Also, it is a love story between Tristan and Kloe, a nostalgic man and a beautiful woman of the future. It is exciting for us to publish this for an American audience. We hope that you will enjoy the book!”

The Kickstarter is offering an exclusive, limited edition variant cover by celebrated illustrator Peach Momoko, who stated, “I felt this piece really captured my style as well as PARIS 2119.”

Magnetic Press’s Publisher Mike Kennedy states, “PARIS 2119 is exactly the sort of title the Magnetic brand was built around: a beautifully illustrated, thought-provoking story that will stick with the reader long after closing the cover of its high-quality presentation. We’re hoping to use Kickstarter to engage with fans directly while also working closely with retailers who wish to carry these special editions in their stores. We want to use this proven platform to meet the needs of a discerning audience during an evolving market period without unnecessary barriers.”

The publisher is asking readers to get involved early and to support the PARIS 2119 Kickstarter Campaign by preordering this deluxe graphic novel along with a number of exclusive rewards offerings, such as original illustrations by artist Dominique Bertail and the original cover art painting itself by Peach Momoko.

The campaign also has several “stretch goals” planned for pre-sales beyond their starting goal. These bonus goals would be free to all backers and include such items as a 32-page limited-run Production Sketchbook featuring a behind-the-scenes look at the making of PARIS 2119 for physical backers.

Fans and reviewers agree that PARIS 2119 may be the most seductive and powerful science-fiction graphic novel of 2020. People are encouraged to pledge now to take advantage of early-bird discounts and incentives: https://www.kickstarter.com/projects/neurobellum/paris-2119-a-deadly-dystopic-romance