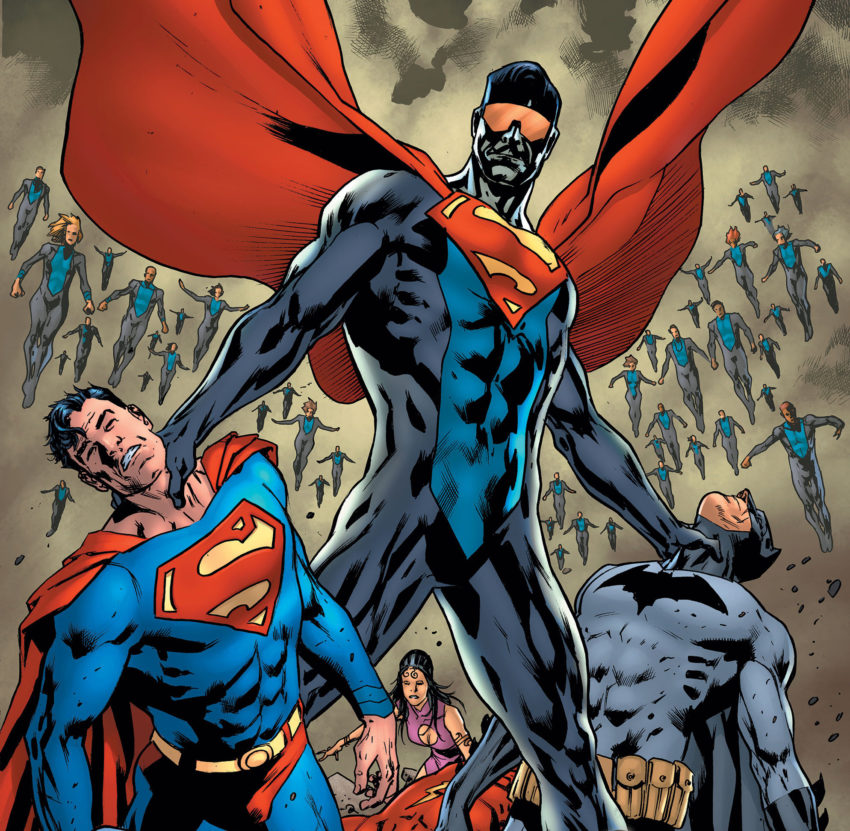 The Eradicator + Daxamites = a threat designed to take down Superman (and the entire Justice League if they get in the way) once and for all!

What happens when an army of Supermen, powered by the same yellow Sun as our very own Superman and without any of his weaknesses threaten the Earth…. total mayhem!!

Our heroes step up to the task of protecting the world, Batman comes up with a plan, aside from Kryptonite, Superman is vulnerable to Magic so Batman goes to find Madam Xanadu. Meanwhile the rest of the heroes, Flash, Green Lantern, Wonder Woman and Superman get to work buying time for Batman to bring the Magic. Unfortunately the magic wasn’t enough and our heroes barely got away, all except for Wonder Woman. The Eradicator flaunts his captive worldwide on a video feed from the Justice League Watchtower…. the Takeover is underway!!

This issue gave us all the battles we wanted between our Leaguers and the Eradicator Army, unfortunately they couldn’t hold their own. Even Wonder Woman and Superman were overpowered by the sheer number. The close up artwork was exceptional although a few panels at a distance left something to be desired in the details.

All in all this was a really good issue, Robert Venditti is doing a solid job picking up after Scott Snyder finished his Perpetua story arc. If you’re a fan of team stories this is a story for you!