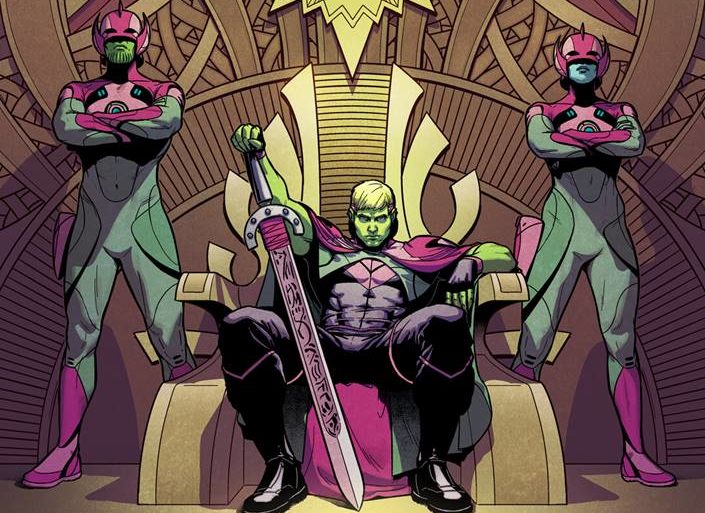 With a Skrull soldier on his right and a Kree soldier on his left, Hulkling takes his rightful place as the Emperor of the new Kree/Skrull alliance on superstar artist Jamie McKelvie’s variant cover for Empyre #1. Born to a Kree father and a Skrull mother, the young hero has fulfilled his destiny by putting an end to a millennia-long conflict and uniting the galaxy’s two largest armies. Equipped with a powerful sword and leading the greatest armada the universe has ever seen, the new Emperor is ready to take on whatever obstacles are in his path as he makes his way to Earth. Will the Avengers and Fantastic Four dare to get in his way?

Coming April of 2020 and spilling out of the pages of the monumental INCOMING, prepare for EMPYRE! It’s a story of galactic intrigue and cosmic ramifications! You won’t believe your skrull!