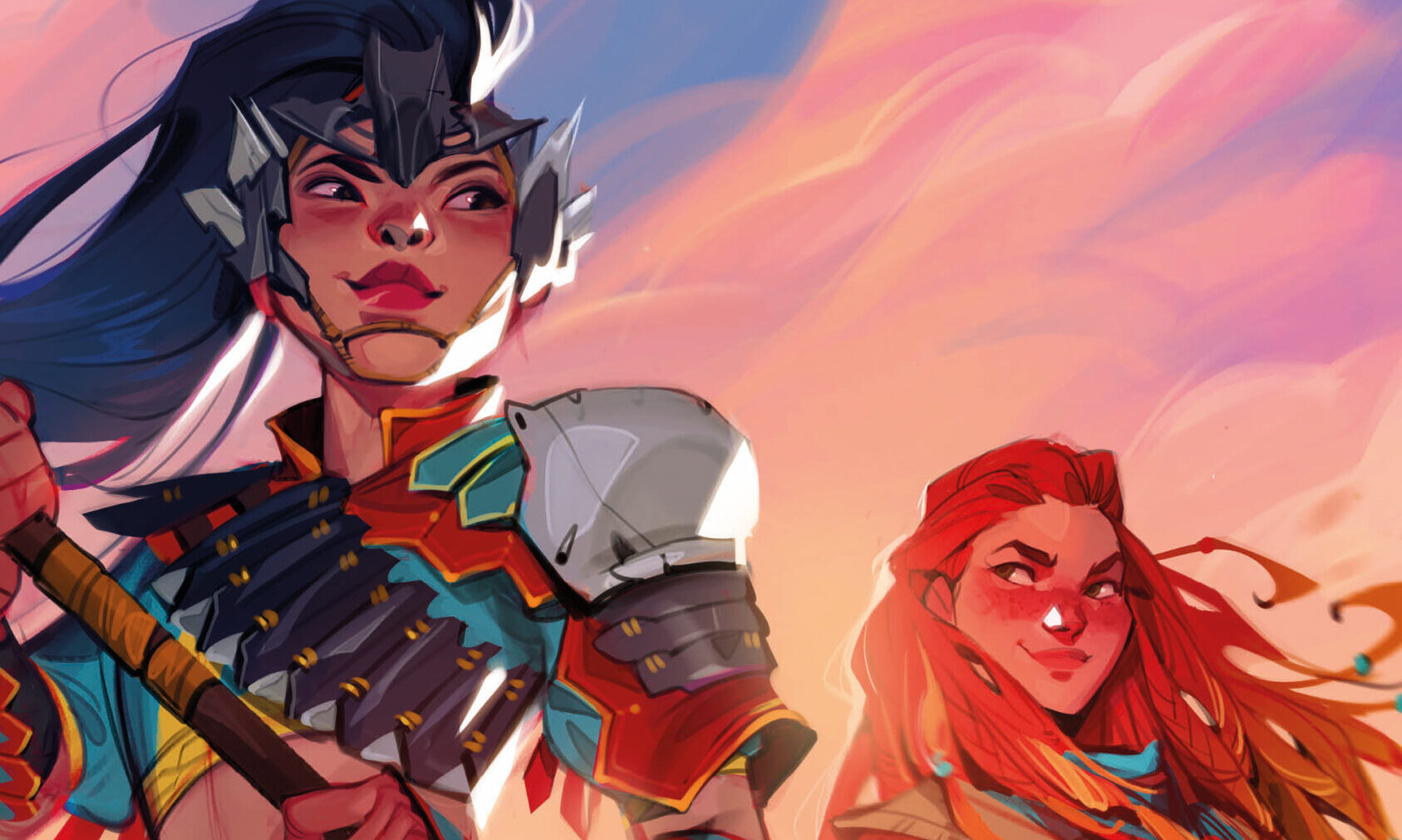 
Horizon Zero Dawn, an epic adventure game set in a post-apocalyptic future where animal-like machines dominate the landscape, has been continued into a well-earned comic series that hopes to serve fans of the franchise — and possibly gain some new ones.

For those who are unfamiliar with the game, the protagonist Aloy is a fierce warrior outcasted from her tribe at birth who grows up to save civilization from a corrupted A.I. bent on destroying humankind, HADES. Needless to say, there is a rich story that can be developed beyond the PS4 [game] and I’m happy to say it’s here. For one thing, the game is rich with diverse characters and led by strong femme warriors who defeat machines better than the rest.

On another hand, it could be a big chew for the uninitiated. It is written by Anne Toole, who wrote Horizon Zero Dawn and also wrote for the first installment of The Witcher series as well as Days Gone and Immortal Unchained. The artist Ann Maulina captures the natural world in an unassuming and organic way with her gentle line work.

The comic also gives readers a brief overview of the world and terms you may not know but if you haven’t played the game, so fear not if it all seems confusing.

The comic continues where the game leaves off, after the defeat of HADES by Aloy and her allies Talanah, Erend and Varl in the city of Meridian. Following their victory, Aloy mysteriously runs off with no parting words, leaving her teammates wondering. The main focus this time is on Talanah, the first female Sunhawk to the Hunters Lodge, which is essentially a salon for the top machine hunters in the land. Talanah was appointed Sunhawk after joining Aloy her “thrush” in defeating the legendary Redmaw, a seemingly indestructible machine.

Talanah’s determination to become a Sunhawk was driven by the deaths and erasure of her brother and father by the evil Sun King Jirad who preceded the current Sun King Avad, who is kind and benevolent.

Talanah has now been appointed the special advisor to the council for the restoration of Meridian, the royal city, after the devastation of the final battle. Out of all the characters of the game, they made the right choice is following Talanah since she echoes the same spirit as Aloy and has a rich storyline to work with.

In Horizon Zero Dawn #1 we find Talanah hiding in the tall grass during a hunt for a new machine, the Claw Strider. This machine is not in the Horizon Zero Dawn game but I’m thinking they’re hinting at it as one of the new machines for the next PS5 release, the Forbidden Wilds. I think that’s a fun easter egg for those impatiently waiting to play this new game.

Despite her being a Sunhawk, Talanah finds herself corned by the machine and saved by a mysterious stranger and character unique to this comic storyline. They have a brief exchange before Talanah stubbornly returns to her hunt, albeit wounded. Our main protagonist Aloy returns to assist her Sunhawk in pursuit of a new machine threatening the residents of the village and we’re left until the next issue.

Overall, the story is starting off on a great note for fans to pick up right where they left off if they’ve finished Horizon Zero Dawn. I do wish they allowed more dialogue for Varl and the other Nora tribe, as they hold a lot of weight in the main storyline; however, there’s more to be seen. I’m excited to see where they take the other characters in this same vein, as well as a new character that could possibly exist in the Forbidden Wilds universe.

They did a great job of depicting the action scenes and fighting styles from the game in these panels, especially with the sliding into the ground and shooting arrows into machine canisters. The action in this series seems overall promising.

Admittedly, new readers, who are picking up this series with no prior knowledge, there’s a lot of details that can be overlooked for those unfamiliar with the world of Horizon Zero Dawn. So, I’d recommend this to non-Horizon fans but with a warning that there’s a lot of gaps to be filled and you might have more questions than answers, but it’s a fun ride regardless.