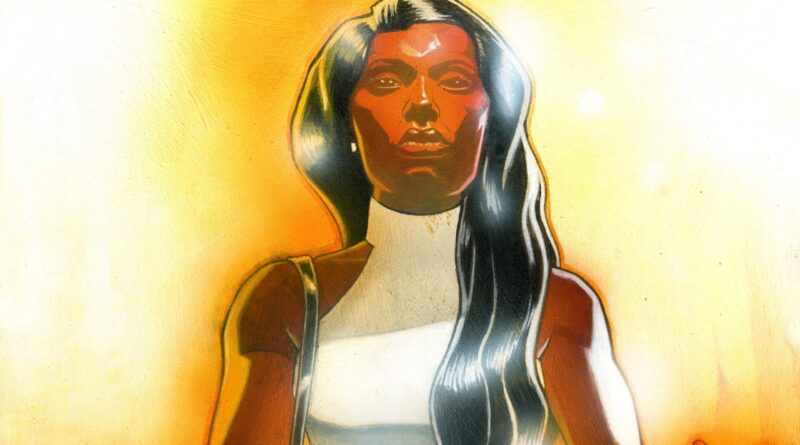 Writer Ho Che Anderson, the acclaimed cartoonist of KING, SAND & FURY, and GODHEAD, has written the neo-noir novella STONE, his first work of prose fiction in more than twenty years. An electrifying revenge fantasy for the modern age, STONE will be published by the new digital publisher NeoText on September 15th, accompanied by 16 spot illustrations by the author.

“The notion of revenge is exciting on a visceral level,” said Ho Che Anderson. “Who among us hasn’t had the fantasy of exacting payback against those who have wronged us? And who among us doesn’t enjoy seeing that fantasy played out by onscreen proxies? But the reality of that cycle of violence in the real world is ugly and messy. I wanted to look at revenge at a deeper level to see how it actually affects those who perpetrate it and those who are affected by it.”

Set in a near-future world, STONE tells the story of Graciella “Stone” O’Leary, a young woman who wants a chance to use both her basketball skills and her intelligence to build a better life for herself and her father. But after a night as a prisoner in the mansion of the richest and most powerful family in town, Stone realizes that in the world she lives in—the world that exists after the Cancelled Election—her future is not hers to decide.

Stone is a descendent of Boudica, the rebel queen who took on the entire Roman Empire. And just like her ancestor, Stone is willing to risk everything, even her own life, to bring death and destruction on the Elites who control her world and repress everyone not born to privilege. Stone, her friend the Riz and their allies will fight, not just for the impossible dream of overthrowing the system, but to inflict on the Elites a righteous nightmare of blood, fire, and revenge.

“In writing STONE, I took inspiration from many books and movies—among them Billy Jack, Rolling Thunder, and Death Wish,” said Anderson. “I was especially influenced by the work of Chester Himes, Donald Goines, and Iceberg Slim, three African-American writers who were operating from the 40s to the 70s, and who told socially conscious stories that still delivered on a hard-boiled genre level. STONE examines conservatism run amuck, allowing us to shine a cautionary light on where we have the potential to wind up. And as an equal opportunity commentary, we delve into the shortcomings of a smug and liberal left.”

“In the summer of 2020 we’re living in a time where the mainstream’s eyes are opening to the brutalities of the state,” added Anderson. “But the human temptation toward complacency is strong. If I have my way and we’re given the chance to tell further stories in the Stone universe, both in print and on the screen, we’ll have the opportunity to keep these realities alive in the discussion.”

Gripping, thrilling, and cathartic, the neo-noir near-future revenge fantasy STONE will be available digitally on September 15th for $2.99. It will be followed by the publication RIZZO later this year.