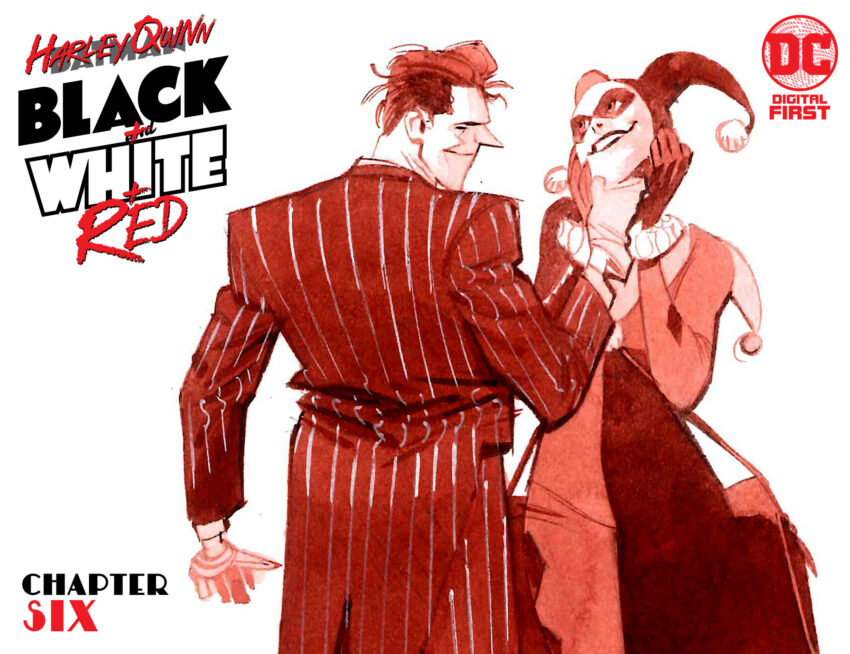 From the pages of Sean Murphy’s Batman: White Knight, a sneak peek at the upcoming spinoff series Batman: White Knight Presents Harley Quinn by Katana Collins and Matteo Scalera! Harley looks back on the night of her first arrest by Batman. In the heat of one of her earliest escapades with the Joker, Harley’s high spirits are tanked and she gets a cold glimpse of the chaos to come when violence escalates and their heist is crashed by Batman and Robin. Forced to save face or take the high road, Harley makes a choice that will cement her unspoken bond with Batman for years to come.