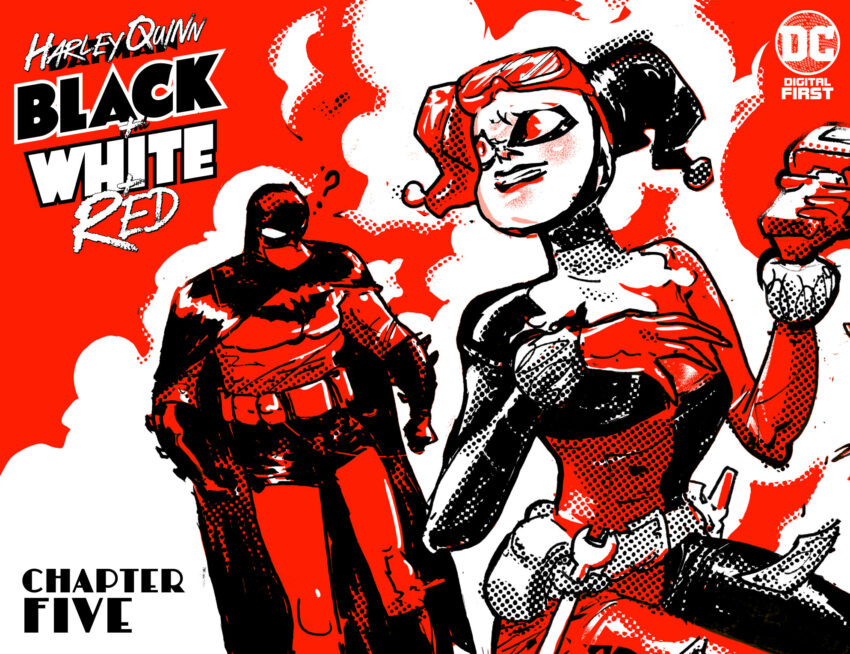 Hammering fans weekly with Harley Quinn stories in the vein of Batman: Black & White, the fifth chapter of Harley Quinn: Black + White + Red has arrived! Riley Rossmo’s exploration of DC’s Clown Princess of Crime is as chaotic as the character! This fifth installment in the fourteen-chapter anthology series is now available on participating digital platforms, including readdc.com, Comixology, Amazon Kindle, Apple Books, and more!

In Rossmo’s stylized story, it’s the history of the life, the universe, and everything as told by HARLEY QUINN! From the big bang all the way to the end of the world! This one has got it all! Spaceships, parades, prison breaks, copious amounts of costume changes and most importantly: Harley, Harley, and more Harley!