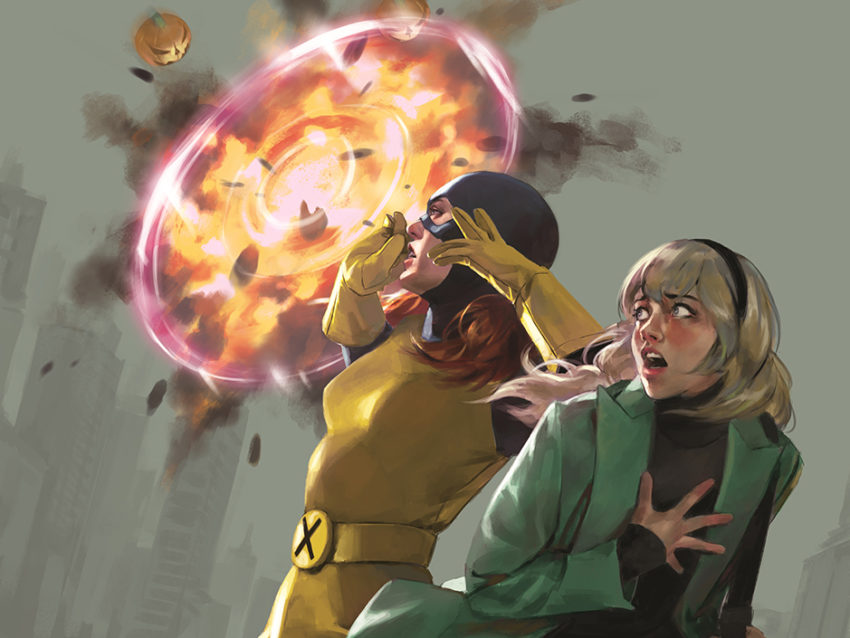 Get a first look at Christos Gage and Todd Nauck’s new series!

Before she met Spidey, Gwen Stacy’s no-quit attitude and nose for trouble was already landing her in dangerous situations. See what happens when she runs afoul of villains like Crime Master, Kingpin, and even the Green Goblin. If it sounds like Gwen bit off more than she can chew, don’t worry— she’ll he’ll have superhero help in May’s GWEN STACY #4 when she teams up with the Silver Age’s strangest teens, the original X-Men!

The amazing adventures of Gwen Stacy kick off next week when Christos Gage and Todd Nauck’s GWEN STACY #1 hits stands! In her first ever-series, readers will learn the never-before-told origin of one of Marvel’s most beloved characters. For more information on the series, including an interview with writer Christos Gage, visit Marvel.com!

BREAKING: SAM RAIMI IN TALKS TO DIRECT DOCTOR STRANGE IN THE MULTIVERSE OF MADNESS Previous post