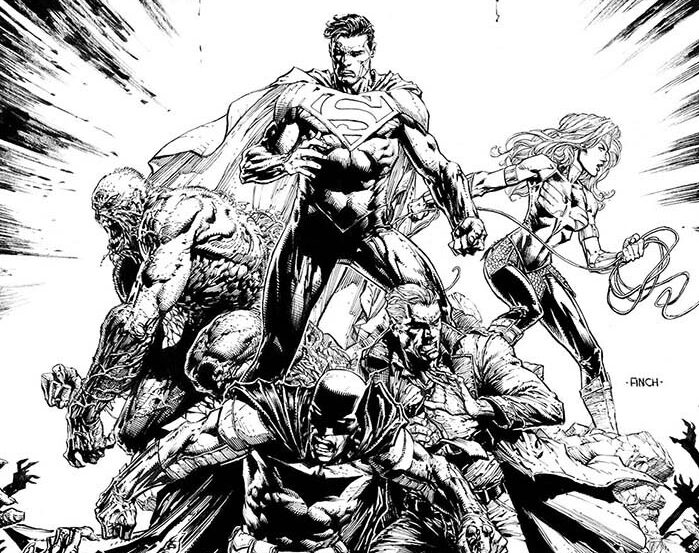 DCeased: Dead Planet; a corrupted Anti-Life Equation turned billions into monsters-including Earth’s Greatest Heroes-our planet was as good as dead in DCeased: Dead Planet #1. But hope is not lost, because this sold-out issue is set to return in a new, second printing!

DCeased: Dead Planet #1 Second Printing will feature a black and white version of the original cover art by David Finch, and reprints the story written by Tom Taylor with art by Trevor Hairsine, Stefano Gaudiano, Gigi Baldissini, Rain Beredo and Saida Temofonte. This new printing is set to arrive in stores on August 4.

THR’s Heat Vision calls DCeased: Dead Planet “a tense and surprisingly fun read as the next-generation Justice League tries to do the right thing in the worst possible situation” while Newsamara says this debut issue “will engage you, surprise you, and will ultimately turn everything we know about this series on its head…(it) might even be better than the first series.”

If you didn’t pick up DCeased: Dead Planet #1 when it hit shelves last week, you can catch up with Dinah Lance Queen, Damian Wayne, Jon Kent, and Cassie Sandsmark—the Green Canary, Batman, Superman, and Wonder Woman of Earth 2—on August 4 as they respond to a distress call from a dead planet. DCeased: Dead Planet #2 will also hits shelves Tuesday August 4.