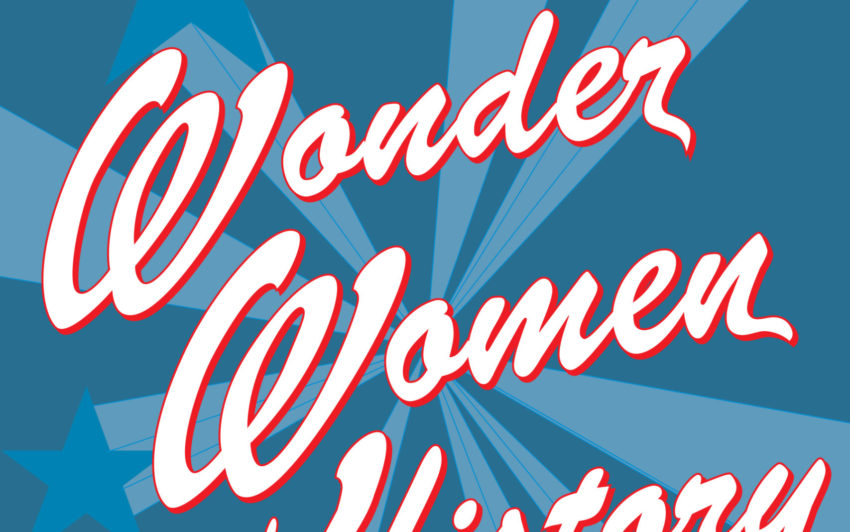 In honor of International Women’s Day (March 8, 2020) DC announced New York Times bestselling author Laurie Halse Anderson will curate Wonder Women in History, a new young adult (YA) graphic novel anthology hitting shelves December 2020. The anthology will feature an all-star cast of women authors and artists (yet to be announced) and will present tales of real-world heroes who take up Wonder Woman’s iconic mantle and work in the fields of science, social justice activism, diplomacy, and more.

Anderson is an inspiring, established voice in the YA literature space and is the two-time National Book Award-nominated author of the YA novels Speak and Chains and her personal memoir, Shout. A real-life Wonder Woman, Anderson is a champion for women’s rights and has advocated for equality and empowerment of underserved voices throughout her storied career.

“Wonder Woman’s commitment to justice and compassion has inspired fans for decades,” said Anderson. “I am thrilled to help bring this book of real-life Wonder Women to the world.”

See below for the full description of Wonder Women in History. The graphic novel is available to preorder now and will hit stores and online retailers everywhere books are sold on December 1, 2020. Stay tuned for more details!

Author and artist contributors to be announced

Not all heroes wear capes.

Wonder Woman has been an inspiration for decades, and while not everyone would choose her star-spangled outfit for themselves, her compassion and fairness are worthy of emulation. Wonder Women in History presents tales of the real-world heroes who take up Diana’s mantle, focusing on the impact of activists such as Dolores Huerta, Malala Yousafzai, and Greta Thunberg; women from the world of science and technology such as Ellen Ochoa and Grace Hopper; women in sports and pop culture such as Venus and Serena Williams and Tina Fey; artists such as Frida Kahlo; and important political voices such as Michelle Obama and Ruth Bader Ginsburg, among others.