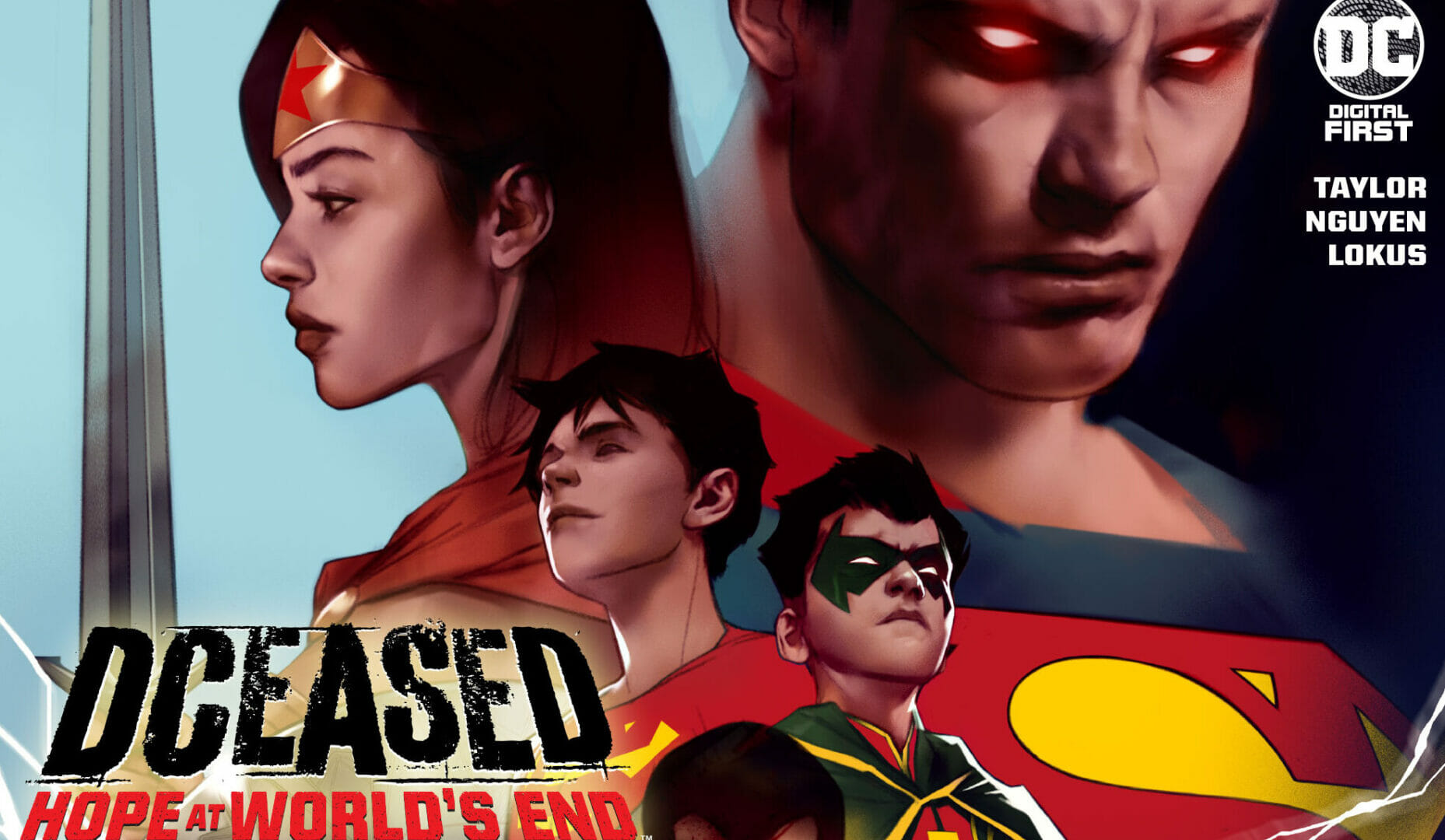 “There was a point in DCeased where we had to make the decision to skip weeks of losses and triumphs and heroism or our first miniseries wouldn’t exactly be a miniseries,” said Taylor. “But we knew we had a larger story to tell, so we seeded plots we could expand on and deliberately left huge characters off the table for the future. That future is here.”

This new DC DIGITAL FIRST series, in addition to DCeased and DCeased: Unkillables, will pave the way to the launch of DCeased’s sequel, DCeased: Dead Planet, in June 2020. By adding DCeased: Hope at World’s End to DC’s robust digital publishing program, comic book readers will have even more variety of content and immediate access to stories that have never been available on digital platforms.

In DCeased: Hope at World’s End, the Anti-Life Equation has infected over a billion people on Earth. Heroes and villains have fallen. In the immediate aftermath of the destruction of Metropolis, Superman and Wonder Woman spearhead an effort to stem the tide of infection, preserve and protect survivors, and plan for what’s next. In the Earth’s darkest hour heroes will bring hope! The war for Earth has only just begun!

“With Hope at World’s End, we finally get to tell the tale of what Superman, Wonder Woman, Flash, Black Adam, Wink, the Aerie, Martian Manhunter, Black Manta, Steph Brown, Robin, Superboy and more did to save as much of humanity as they could,” continued Taylor. “And Super Sons fans won’t want to miss the apocalyptic adventures of Damian and Jon as they stand up to the worst crisis the Earth has ever seen, and take their first steps on the road to becoming the next World’s Finest.”

Tom Taylor is a mad genius when it comes to writing “elseworld” stories and DCeased is further proof of that. Tom has been able to create a fun new story but he doesn’t stop there, he expands the mythology and changes the status quo. I am so pumped for the possibilities of where this story could go!!