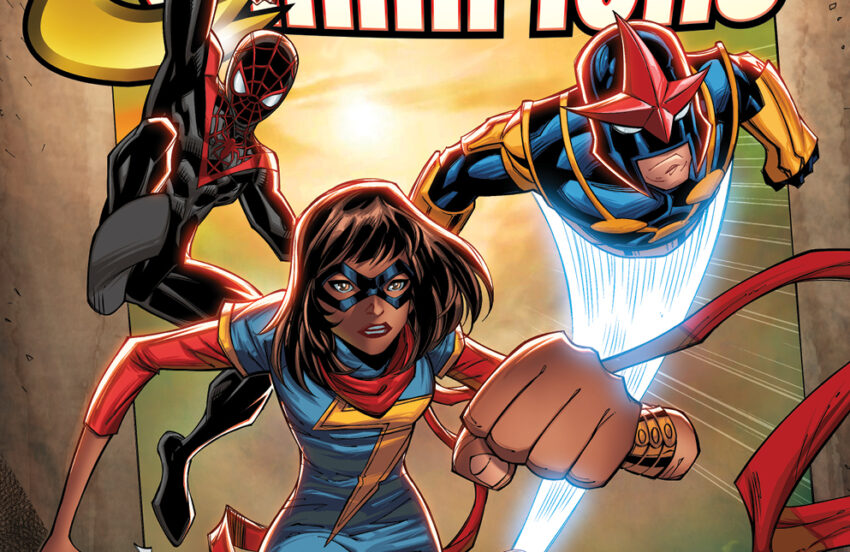 Home Comics THE CHAMPIONS GET READY TO CHANGE THE WORLD
Comics

When the livelihoods of young Super Heroes are threatened, they will unite as Champions to prove that the world needs them more than ever. This October, acclaimed author and award-winning writer Eve L. Ewing (Ironheart) and artist Simone Di Meo (Immortal Hulk: The Best Defense) team up for a dramatic new era of Champions that will define Marvel’s most promising heroes for years to come.

After a terrible tragedy, Kamala’s Law is passed, forbidding anyone under the age of 21 from acting as vigilantes. Not going down without a fight, Ms. Marvel, Miles Morales, Nova, and more will rise up to reclaim their destiny. With everything the Champions stand for in jeopardy, the stakes have never been higher.

Check out the daring team of heroes, ready to take on any obstacles that come their way, in Ron Lim’s variant cover below, and pick up CHAMPIONS #1 at your local comic shop this October!