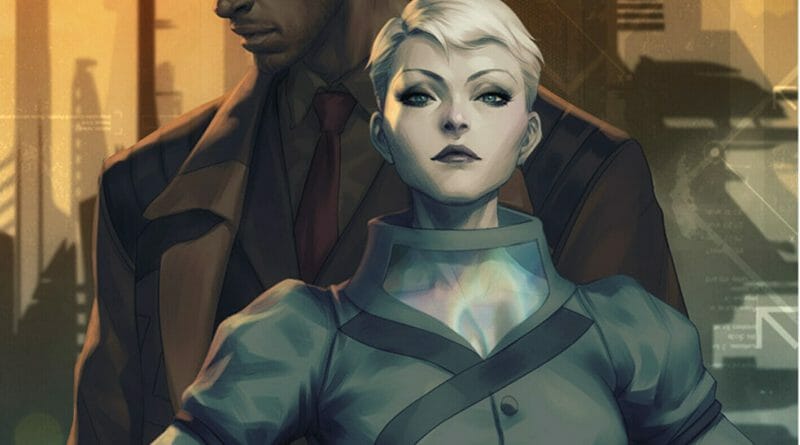 Titan Comics and Alcon Media Group are excited to announce the February 2021 debut of BLADE RUNNER ORIGINS. Set ten years before Titan’s current bestselling and award-winning Blade Runner 2019, the year-long comic book series will follow the events leading up to the creation of the Blade Runner division, reflecting the world, characters and events first seen in the genre-defining films Blade Runner and Blade Runner 2049.

“We’re thrilled to be joining the creative team behind the Blade Runner comics, to bring fans the story behind the first Blade Runner unit. As fans ourselves, we look forward to expanding this universe, telling stories from new perspectives and shedding light on the corners of L.A. only hinted at in previous chapters.” — Mellow Brown & K. Perkins

States Alcon’s Johnson and Kosove: “The Blade Runner universe provides a vast canvas for a variety of compelling stories. How the Cal character ties in with events and characters from 2049, even though his story takes place forty years before the film, is a testament to the writers’ creativity. We are thrilled to add a second ongoing comic to the world of Blade Runner.

ORIGINS #1 will debut with a selection of amazing variant covers, including artwork by superstar artists Stanley “Artgerm” Lau and Peach Momoko, as well as a set of retro pulp-style covers by Robert Hack (Chilling Adventures of Sabrina), plus much more!

Blade Runner Origins #1 is set for release in comic stores and digital devices on February 24, 2021, and will be available to pre-order from the Diamond Previews December catalog and Forbidden Planet (UK & Europe).