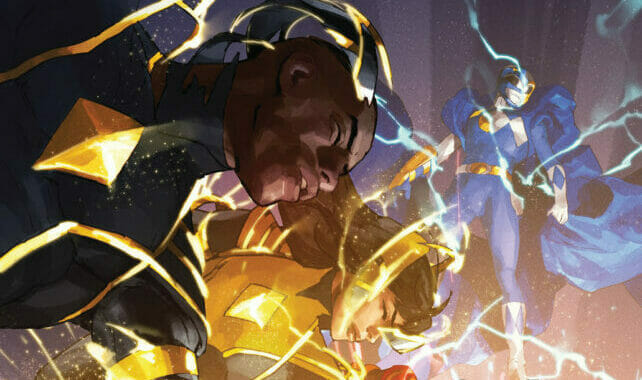 Power Rangers #17 First Look: Discover the New Dangers of the Universe in the Aftermath of the ELTARIAN WAR

With the threat of the Empyreals gone and Earth saved, the Omega Rangers must forge a new path for themselves! But with the Blue Emissary gone and Xi still out of commission, can the Rangers survive the dangers of the universe that they’re trying to protect? POWER RANGERS #17 features main cover art by acclaimed illustrator Gerald Parel (Symbiote Spider-man: King in Black), and variant covers by Daniele Di Nicuolo (Seven Secrets) with Walter Baiamonte, Rian Gonzales (Eternals), and Helena Masellis (Branches: Horror Anthology).

Currently, Power Rangers is celebrating 29 continuous years on the air, making it one of the longest-running kids’ live-action series in television history, with over 900 episodes aired to date. Created by Haim Saban and launched in 1993 with Mighty Morphin Power Rangers, the series will celebrate its 29th overall season in Spring 2022, with season two of “Power Rangers Dino Fury,” airing exclusively on Netflix in the U.S.

Print copies of POWER RANGERS #17 will be available on March 16, 2022, exclusively at local comic book shops (use comicshoplocator.com to find the one nearest you) or at the BOOM! Studios webstore. Digital copies can be purchased from content providers like comiXology, iBooks, Google Play, and Kindle.