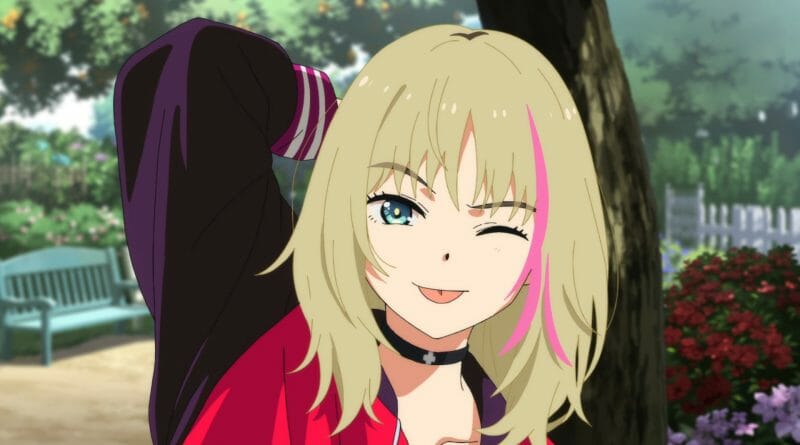 
Episode three of Wonder Egg Priority gives us the first cliffhanger of the season and leaves you on the edge of your seat.

The first scene of this episode instead of featuring Ai introduces us to Rika Kawai. Rika seems loud, rash, and like a moocher. Ai is surprised because this is the first time she’s run into someone who’s purchasing the eggs for seemingly selfish reasons. Rika comes across as a character that doesn’t care about others and will simply do whatever she wants because she can. Both Ai and Neiru are uncomfortable with her blunt personality. Neiru especially, it was nice seeing Neiru show different emotions. She seems less like a doll and more like a person.

Rika inserts herself into Ai’s life when she follows her home and asks for more money. In a moment of brief peace, we see Rika in the bathtub, cutting marks visible on the lengths of her arms. This reveal was not necessarily shocking but it does give more depth to Rika as we see that her rude nature is probably just a facade. Later we learn that the person that she is trying to save was a fan of hers. Rika previously mentioned that she was a junior idol, but she calls the girl her “wallet”.

The disrespectful way she addresses her fans is disconcerting for Ai, who cared so deeply for Koito. Finally, they fall asleep clutching their eggs but instead of ending up in Ai’s dream world, they are in Rika’s. They synchronized, which will probably become a powerful tool later, but for now, Rika and Ai are disjointed and not in sync, making it difficult to protect the two girls that hatched out of the eggs.

After hiding in a tower Ai tells Rika to talk to her about Chiemi. Rika refuses at first but Ai insists and she tells her that Chiemi was a super fan that would always give all her money to Rika. Chiemi died as a direct result of Rika’s words. When Rika saw that Chiemi was stealing, selling those items, and giving the money to Rika she told her that she never wanted to see her again. That she doesn’t want a “fat fan like her”. At her funeral, Chiemi is incredibly thin. While Rika is certainly flawed, there is something inside her that must feel guilty about what happened to Chiemi, no matter how callous she acts.

To wrap things up we see a flashback as Ai and Rika race up the steps of the tower, in the scene we see Koito crying into the counselor’s chest, and for the first time, Ai vocalizes her anger. She not only misses Koito but she’s upset that she never told her what was going on, never confiding in her. By vocalizing that rage she awakens something in herself and her weapon seems to get a power-up. Ai’s character development is actually quite amazing to watch.

To see her go from such a meek girl to a more strong and confident one is satisfying. Hopefully, the series keeps it up. The character design for the trauma monster this week was the best one yet and is seriously powerful. By the end, we’re not quite sure how Ai will get out of this one but the next episode is definitely much anticipated.