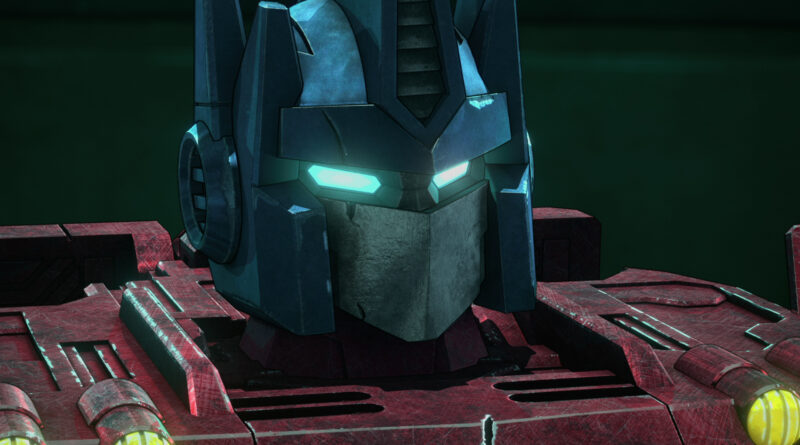 
Transformers: War For Cybertron Trilogy: Earthrise Suffers Minor Hiccups Along The Way But Still Delivers A Solid Story Worth Watching

Netflix and Rooster Teeth’s second installment in the Transformers: War For Cybertron Trilogy anime series is back again and in full throttle, as the series continues the epic story of the war between the Autobots and the Decepticons for the Allspark and the salvation of their home planet, Cybertron.

The series picks up immediately from where Transformers: War For Cybertron Trilogy: Siege left off. With the Allspark thrown into the Spacebridge with Optimus Prime, Bumblebee and a small group of Autobots following suit in order to get the Allspark back in their hands, and with Elita-1 staying behind on Cybertron to fend off whatever is left of Megatron’s Decepticon army.

Elita-1 and her small group of Autobots consisting of Decepticon turned Autobot Jetfire, Red Alert and Chromia discover that Megatron is now killing off his own kind for Energon. By harvesting their Spark which in turn produces Energon, Megatron can fuel his plans known as Project Nemesis and continue his pursuit for Optimus Prime and the Allspark. The series does a great job at highlighting Megatron’s desperation and “I’ll do whatever it takes” attitude in order to make sure the task at hand is complete.

In the midst of all this setup which pays off very well in the latter half of this season. We meet Cybertron mercenary Doubledealer and his group of mercs who have hijacked The Ark and have taken Optimus Prime and his group of Autobots hostage as the bounty on their heads are very very valuable.

Here we meet Deseeus, a face of the Quintesson, while Deseeus’ intentions are rather clear, I personally found this character’s inclusion rather pointless and unnecessary as the character along with Doubledealer did not add much to the series overall. Outside of throwing a wrench into the plans of both the Autobots and the Decepticons, not much of this character was interesting to me.

One thing I can highlight about this new chapter is the inclusion of flashbacks and showing us more about the history between the Autobots and the Decepticons and their respective leaders Optimus Prime and Megatron and their respective rise to power on Cybertron. There’s one specific episode in which there’s a lengthy and rather deep exchange between Optimus Prime and Megatron that for me is the highlight of the season, unfortunately, I felt that the entire exchange was rather diminished and almost redundant due to what followed that exchange.

Granted this is Megatron we are talking about here but given the circumstances and how deep the exchange was between these two friends turned enemies was and will be something that longtime Transformers fans will enjoy heavily. I wanted to see more of that but unfortunately, we didn’t. And by the time we get another one-on-one exchange between these two behemoths, it falls a bit flat, and some of the actions taken by Optimus this time around seem entirely out of character and threw me for a loop.

The latter half is a much better improvement from the first half and that’s due to all the past lore that is expanded on via specific character appearances like Sky Lynx and Galvatron. As they both serve as guides to these respective factions and aid them in trying to accomplish their goals. We also get a brief cameo or rather appearance from Unicron which was a sight to behold.

Overall, Transformers: War For Cybertron Trilogy: Earthrise delivers its story the way it was intended to be told. Although there was much left to be desired, seeing how the overall story is being split up into three parts, being left sort of high and dry by the time the season wraps up is almost intended as the story has not quite finished yet. So while it has its hiccups throughout the series the season is still pretty solid and if you’ve watched Transformers: War for Cybertron Trilogy: Seige, you’ll definitely want to return and watch Earthrise.

There is something nice that happens at the end of the final episode and I’m hoping that leads to something us Transformers fans have been asking for for quite some time now and I’m really hoping that that final shot is really aiming to deliver that for us now that the War for Cybertron has made its way to Earth.