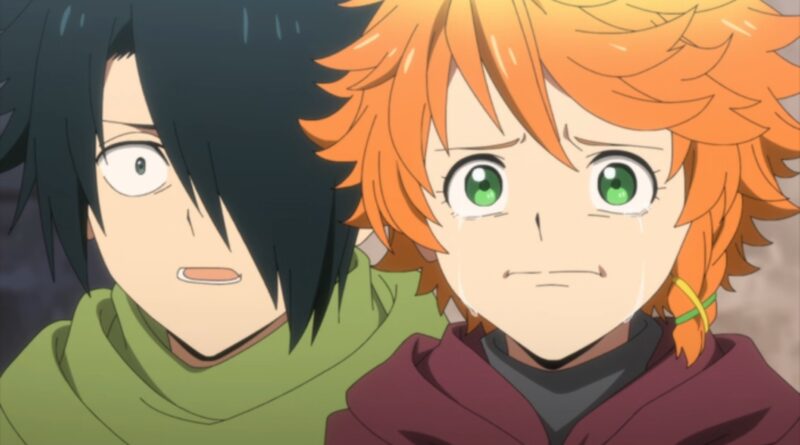 This past week’s episode of The Promised Neverland Season 2 has fans quite displeased with it since the series jumped ahead a whole six months and in the process skipping what manga readers called the series’ best manga arc entirely. We also got the surprise reappearance of Norman in the closing moments of this episode.

The Promised Neverland has not shied away from bringing its fair share of surprises this season. From bringing Isabella back earlier than anticipated to a sudden and aforementioned time skip which reunites Emma with Norman. It goes without saying that the fanbase at this very moment is quite divisive.

For those wondering, the anime series skipped the Goldy Pond Arc entirely and also skipped the full introduction of William Minerva. Now, this took a bit of research in order to figure out so I can provide an accurate review with accurate information without sounding like a total tool because I have never read a single chapter of The Promised Neverland manga.

As an anime-only viewer of The Promised Neverland, this recent episode took me by surprise because Emma looks a bit different and we are introduced to one of the demon cities and also reveals that the kids successfully escaped the bunker and the forest for that matter. Going back to episode four, after the demon attacks the soldiers, we aren’t given full closure on that specific event. So coming into this episode there were a lot of W-T-F moments along with a lot of W-T-F are you even doing and what the hell is going on.

Mostly due to the fact that the series makes the abrupt time jump, albeit it wasn’t a massive one but six months can seem like an eternity in an anime series. Especially when we are in the middle of needing to find out whether or not these kids successfully escaped their pursuers entirely after they were attacked by the demon.

Unfortunately, the episode falls a little flat, and seeing Norman at the end of the episode with a group of people who we can only assume are humans disguised as demons, just like Emma was raised a crap ton of questions that need immediate answers. Though in the process we also realize that Norman is alive and well. His status after being shipped off at the end of season one was still unknown.

How did Norman survive? Is he on Emma’s side? Why is he impersonating a demon inside this demon city?

Whether or not the Goldy Pond Arc will be adapted into this second season of The Promised Neverland remains to be seen. For the sake of the manga readers, I’m hoping it is. For my personal sake, now I have to jump into the manga to see what this Goldy Pond Arc is really about since fans are saying it’s the best arc of the entire manga series.