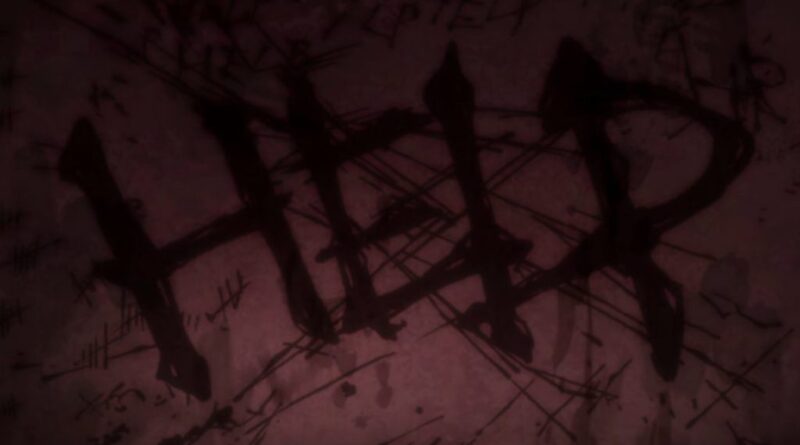 Last week we saw Emma, Ray, and the rest of the escapees finally arrive at the underground bunker William Minerva has been trying to lead them to. With an unexpected phone call from the man himself, Emma was left in shocking awe as the rest of the children discovered some rather daunting secrets underneath the bunker.

Picking up where we left off last week, Emma answers the phone to hear William Minerva’s voice only to have Ray realize that what they’re hearing through the phone is a pre-recorded message left by William Minerva. Here we learn William Minerva’s true name, Julius Ratri a former worker of the farms who could no longer bear with the farming and breeding of kids to feed the demons in order to main “the promise” made between humans and demons a thousand years ago.

After the treacherous ways we discovered, he was exiled and deemed a trailer thus leaving the farm and finding shelter in the underground bunker the children are located. Julius also informs the group that there were other escapees that he has helped in the past in the same way he tried to help them and while not all made it all the way through, the ones who did, found shelter and a new home on the human side of the world.

In an attempt to further assist them, Julius provides a new code for the group to type into the holographic map that appears out of the pen. By typing in the word “future” they’d be able to pinpoint the location of the other humans and find complete safety.

After learning how far away the rest of the humans were, Emma and Ray suggest that they make this bunker their permanent base and make it more hospitable and livable for themselves and the rest of the children. We get a timelapse of the children learning how to hunt, hunting, growing vegetables, and trying out a new fish named “GooWee” for dinner. A month has now passed by and we now see Mother Isabella for the first time since the finale of season one in which she let Emma and the rest of the group escape.

Now we don’t exactly know how Isabella was captured and placed under lock and key for her “crimes”. What we also do not know is the status of Phil and the rest of the other children who were left behind. We all know that Emma and company are supposed to go back and rescue them in a couple of years but the uncertainty of their status begs to question whether or not these children are still alive and/or will Emma’s efforts be in vain.

A month has now passed and the kids are now being hunted down by a group of men. While they manage to escape the men due to them being eaten by a giant demon from the forest (the kids had no other option but to run back into the forest). Going back to Mother Isabella who was previously told by a woman she calls Grandma that the council was essentially deciding her fate because she screwed up big time.

While the escapees were deemed special children due to their intelligence, at the end of the day they are just children and they are expandable. When the head demon appears before Isabella to tell seal her fate, he makes her a special offer, bring back all the children who escaped in exchange for her freedom and as an added bonus he whispers something in her ear to fully sell her on this bargain.

The reason being is that she was a valuable asset to the farm and the plantation. So seeing how she offered so much value to them, killing her off because some kids escaped was probably the last thing they wanted to do but were ready to do if their hands were forced.

While we got some answers to this episode the mystery shrouding the entire plot of The Promised Neverland is still unraveling and the layers are really starting to peel back which is making this season thoroughly enjoyable with just four episodes in. Going back to Isabella, while I know there were some mixed feelings from manga readers online who are upset because Isabella was brought back sooner than she should have…I don’t read the manga so that specific plot point being advanced doesn’t bother me in the slightest bit.

I do have a small theory about that inaudible bonus the demon whispered into Isabella’s ear. Seeing how the demon offered Isabella her full freedom, the removal of her neck tattoo (she was a farm child as well, hence the tattoo), and the removal of the tracker in her heart. I think the added bonus was them guaranteeing Ray’s freedom. Going back to season one we learn that Ray is her biological son.

Although we do not know who his father is (we probably do and I don’t remember right now, or I’m right. I choose the former). I think some deal was struck between the demons and Isabella in order for her to keep Ray by her side and raise him. He was also her mole during season one and is also the only child on the whole farm who doesn’t suffer from infantile amnesia. So to fully sell Isabella on this deal and essentially force her to work for them again (going back to season one, she allows the children to escape because she was raised on that farm too then became a mother), they use Ray as leverage.

We’ll give you your freedom and we’ll give you back your only biological son back to you and ensure his safety and freedom so you guys can live happily ever after but you gotta do this for us. It’s eerie and unnerving to see things unravel this season but it makes everything all that much better in my opinion.